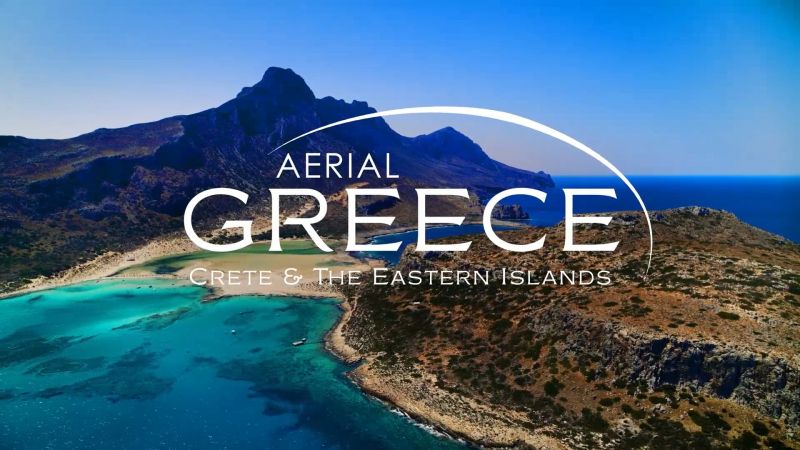 Aerial Greece episode 3 – Crete & the Eastern Islands: Take flight over Crete’s ancient palaces, the jewels of the Dodecanese, and other stunning eastern islands of Greece.

Crete is the largest and most populous of the Greek islands, the 88th largest island in the world and the fifth largest island in the Mediterranean Sea, after Sicily, Sardinia, Cyprus and Corsica. It bounds the southern border of the Aegean Sea. Crete rests approximately 160 km (99 mi) south of the Greek mainland. It has an area of 8,336 km2 (3,219 sq mi) and a coastline of 1,046 km (650 mi).

Crete and a number of islands and islets that surround it constitute the Region of Crete (Greek: Περιφέρεια Κρήτης), which is the southernmost of the 13 top-level administrative units of Greece, and the fifth most populous of Greece’s regions. Its capital and largest city is Heraklion, located on the north shore of the island. As of 2011, the region had a population of 623,065. The Dodecanese are located to the northeast of Crete, while the Cyclades are situated to the north, separated by the Sea of Crete. The Peloponnese is to the region’s northwest.

Humans have inhabited the island since at least 130,000 years ago, during the Paleolithic age. Crete was the centre of Europe’s first advanced civilization, the Minoans, from 2700 to 1420 BC. The Minoan civilization was overrun by the Mycenaean civilization from mainland Greece. Crete was later ruled by Rome, then successively by the Byzantine Empire, Andalusian Arabs, the Venetian Republic, and the Ottoman Empire. In 1898 Crete, whose people had for some time wanted to join the Greek state, achieved independence from the Ottomans, formally becoming the Cretan State. Crete became part of Greece in December 1913.

The Dodecanese are a group of 15 larger plus 150 smaller Greek islands in the southeastern Aegean Sea and Eastern Mediterranean, off the coast of Turkey’s Anatolia, of which 26 are inhabited. This island group generally defines the eastern limit of the Sea of Crete. They belong to the wider Southern Sporades island group.

Rhodes has been the area’s dominant island since antiquity. Of the others, Kos and Patmos are historically the more important; the remaining twelve are Agathonisi, Astypalaia, Chalki, Kalymnos, Karpathos, Kasos, Leipsoi, Leros, Nisyros, Symi, Tilos, and Kastellorizo. Other islands in the chain include Alimia, Arkoi, Farmakonisi, Gyali, Kinaros, Levitha, Marathos, Nimos, Pserimos, Saria, Strongyli, Syrna and Telendos.