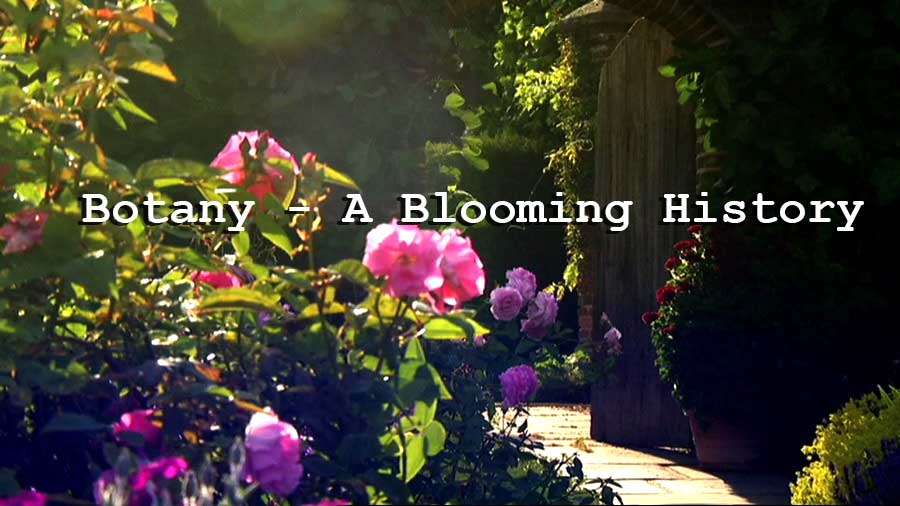 Botany - A Blooming History episode 1 - A Confusion of Names

Botany – A Blooming History episode 1 – A Confusion of Names: What makes plants grow is a simple enough question. The answer turns out to be one of the most complicated and fascinating stories in science and took over 300 years to unravel.

Timothy Walker, director of Oxford University Botanic Garden, reveals how the breakthroughs of Swedish botanist Carl Linnaeus, Chelsea gardener Phillip Miller and English naturalist John Ray created the science of botany. Between them, these quirky, temperamental characters unlocked the mysteries of the plant kingdom, and they began to glimpse a world where bigger, better and stronger plants could be created. Nurseryman Thomas Fairchild created the world’s first artificial hybrid flower – an entirely new plant that didn’t exist in nature.

Botany – A Blooming History episode 1 – A Confusion of Names

Botany, also called plant science(s), plant biology or phytology, is the science of plant life and a branch of biology. A botanist, plant scientist or phytologist is a scientist who specialises in this field. The term “botany” comes from the Ancient Greek word βοτάνη (botanē) meaning “pasture”, “grass”, or “fodder”; βοτάνη is in turn derived from βόσκειν (boskein), “to feed” or “to graze”. Traditionally, botany has also included the study of fungi and algae by mycologists and phycologists respectively, with the study of these three groups of organisms remaining within the sphere of interest of the International Botanical Congress. Nowadays, botanists (in the strict sense) study approximately 410,000 species of land plants of which some 391,000 species are vascular plants (including approximately 369,000 species of flowering plants), and approximately 20,000 are bryophytes.

Botany originated in prehistory as herbalism with the efforts of early humans to identify – and later cultivate – edible, medicinal and poisonous plants, making it one of the oldest branches of science. Medieval physic gardens, often attached to monasteries, contained plants of medical importance. They were forerunners of the first botanical gardens attached to universities, founded from the 1540s onwards. One of the earliest was the Padua botanical garden. These gardens facilitated the academic study of plants. Efforts to catalogue and describe their collections were the beginnings of plant taxonomy, and led in 1753 to the binomial system of Carl Linnaeus that remains in use to this day.

Botany - A Blooming History: What makes plants grow is a simple question. The answer turns out to be one of the most fascinating stories in science.