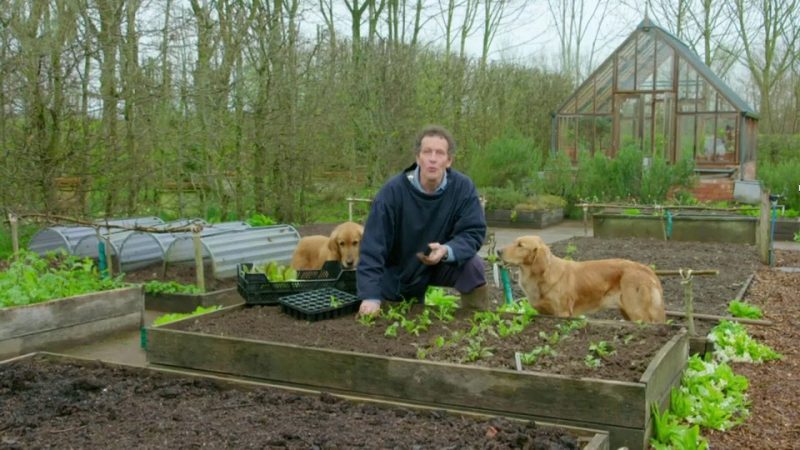 Monty gives his advice on the best apples and pears to grow in small spaces when he begins to plant up his new fruit garden and gets on with planning for colour when he plants summer flowering bulbs.

As April gets underway, Carol Klein chooses the humble primrose as her plant of the month, and we meet a couple from Yorkshire who have a passion for growing fruit and have filled their garden with over 100 fruit trees. And as part of the programme’s 50th anniversary, Joe Swift makes the case for his golden jubilee plant, the one he thinks has had the most impact on British gardens over the last half century.

Grow Your Own: Broccoli

Broccoli has had a resurgence in popularity – for its high vitamin content and anti-cancer agents. It is a fast-growing and easy-to-grow crop, producing bluish-green heads that are harvested in the summer or autumn, depending on the time it is sown. The sprouting types – white or purple sprouting – are hardy and overwintered for harvest in spring, filling the gap between sprouts and spring cabbage.

Apples and pears: growing and training as cordons

Cordons allow you to grow a useful amount of fruit in even a small garden. Cordon training is suitable for all apples and pears that bear fruit on short side shoots (spur-bearing).

Lilies grow well in containers, where they can be positioned for maximum effect in the garden. It’s a great way to grow these stunning plants, especially if you can’t grow them in your garden.

Ornamental grasses fall into two main groups, evergreen and deciduous. Deciduous grasses need cutting back annually so that they will look their best. Evergreens just require a tidy-up.

Grow Your Own: Rhubarb

Rhubarb is an attractive hardy perennial with large leaves and pink, red or greenish leaf stalks that are used as a dessert, often in pies and crumbles. Stems are usually picked in spring, but plants can be covered with pots to produce an early crop of blanched stalks in late winter. The flavour of rhubarb varies in sweetness depending on the age of the stems.

In Gardeners’ World episode 5 2017 Monty gives his advice on the best apples and pears to grow in small spaces when he begins to plant up his new garden.