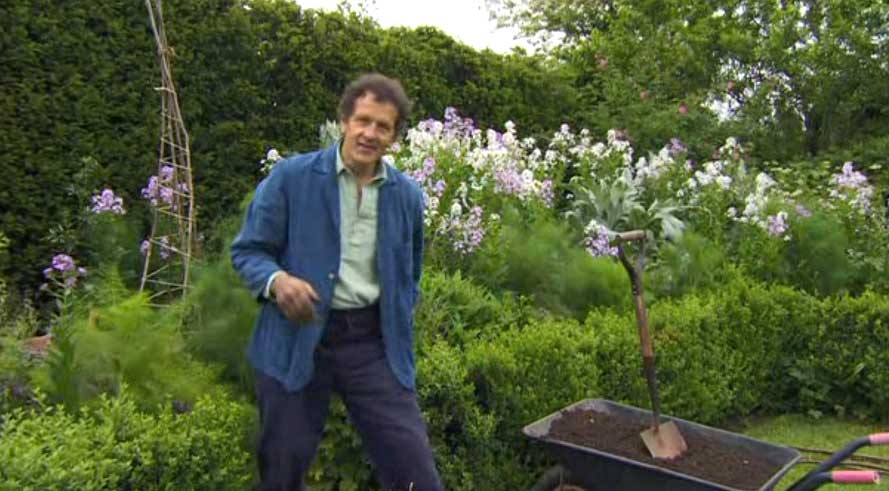 Gardeners World episode 12 2012: With the garden springing into life and new blooms opening each day, it gives Monty Don plenty of opportunity to get on top of all the seasonal jobs at Longmeadow and answer a few viewers’ questions along the way.

With a postbag full of gardening dilemmas, Carol Klein helps out viewers with propagation queries, and we’re behind the scenes with Rachel de Thame as she races to get the royal barge planted up and pristine in time for the Thames Diamond Jubilee Pageant.

The ‘Chelsea chop’ was a technique traditionally employed by plantsmen to freshen up tired plants and catch late season sales. The cut being done at the end of May/ beginning of June at the time of the Chelsea Flower Show. Monty Don cuts back Lysimachia and Heleniums in the Jewel Garden to push back their flowering time to the end of the season. Other perennials suitable for the chop are Phlox, Sedum, and Echinacea.

The Chelsea chop (so called because it is usually carried out at the end of May, coinciding with the RHS Chelsea Flower Show) is a pruning method by which you limit the size and control the flowering season of many herbaceous plants.

Propagating plants is a rewarding and fascinating process to obtain new plants. Select the appropriate method and timing then follow some basic principles to ensure success. Most plants can be grown from seed using a variety of methods. Remember though that many will not ‘come true’, that is demonstrate the characteristics of the plant you collected them from.

Vegetative propagation is useful for increasing stock of named cultivars which don’t come true from seed. Use these methods to produce cloned copies of the parent stock. Suitable for many deciduous climbers, trees and shrubs as well as evergreens. Take cuttings in the dormant season, however each plant will vary so check individual requirements.

Gardeners World episode 12 2012: Monty Don has plenty of opportunity to get on top of all the seasonal jobs and answer a few viewers' questions.