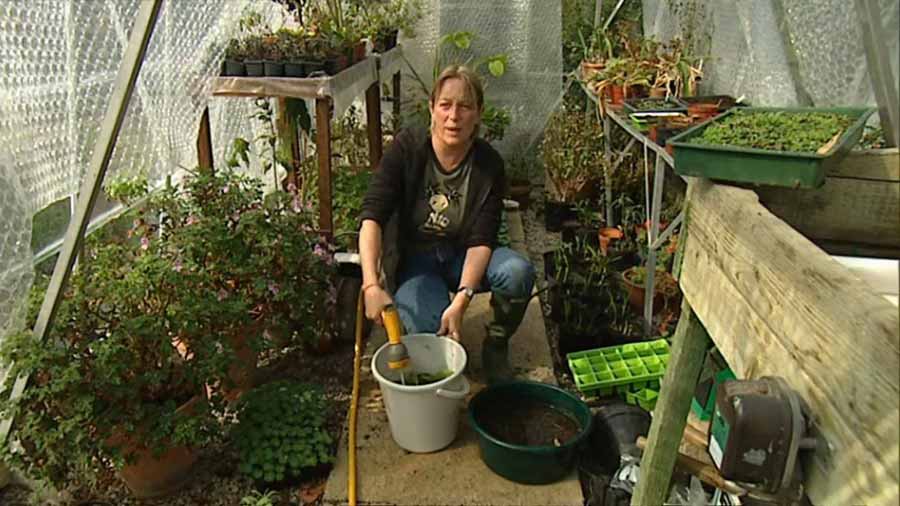 Gardeners World episode 28 2002: Gardeners World team and Alan Titchmarsh present seasonal highlights from across the country, visit stunning gardens, meet the gardeners and find out their secrets of success.

RHS Garden Rosemoor is a public display garden run by the Royal Horticultural Society in north Devon, England. Rosemoor is about 1 mile (1.6 km) south of Great Torrington on the A3124 road to Exeter. It is surrounded by over 100 acres (40 ha) of woodland with the River Torridge running along the western border. Features include a rose garden with about 2,000 rose plants; an arboretum; herb, fruit and vegetable gardens; and an alpine house.

A variety of clematis introduced as part of the RHS Bicentenary Plant Collection is named after the garden.

The Rolle Canal (completed in 1827) terminated at a complex of large lime kilns at Rosemoor (known then as “Rowe’s Moor”). The lime kiln complex, designed by James Green, survives in a ruinous condition in a working compound at the gardens, inaccessible to the public. George Braginton, the manager and later a major leaseholder of the canal, moved into the Rowe’s Moor estate some time before 1851.

On the death in 1931 of Robert Horace Walpole, the fifth Earl of Orford, the estate became the property of his daughter, Lady Anne Berry (then Palmer). She created the original garden of 8 acres (3.2 ha) in 1959, and developed it over a 30-year period. The garden developed in a naturalistic style, with sweeping lawns and curving borders set out as the plantings expanded. There was no masterplan, but designer John Codrington who later became a life member of the Royal Horticultural Society (RHS), provided drawings, in particular for the early development of warmer sheltered areas near the house.

The garden was first opened to the public in 1967, under the National Gardens Scheme.[7] A small nursery was started in 1979. Both the garden and nursery were noted for rare and unusual plants. By the 1980s, the garden was attracting significant numbers of visitors.