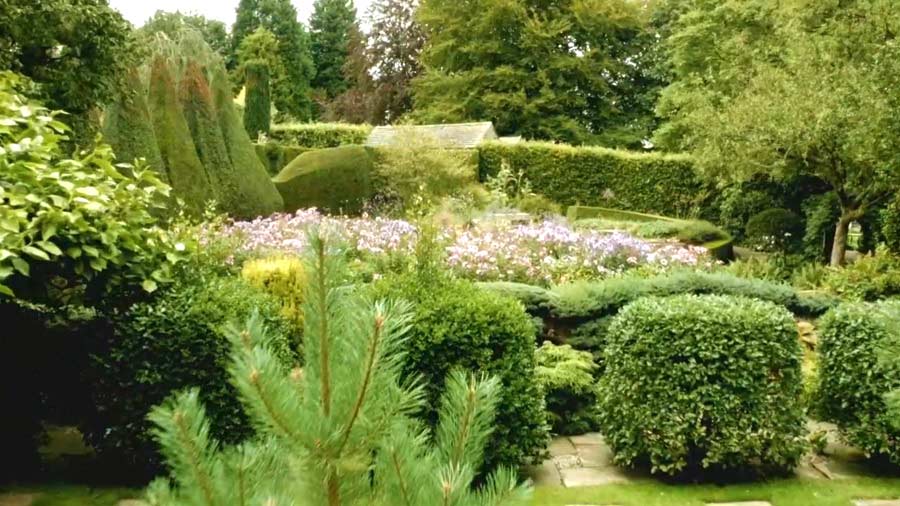 Glorious Gardens from Above episode 4 - Yorkshire

Glorious Gardens from Above episode 4 – Yorkshire: The county of Yorkshire is the setting for Christine Walkden’s balloon tour of Britain. At Scampston Hall we discover two superstar garden designers and meet young gardener Nathan, who is just starting out.

At York Gate Garden, Christine catches up with an old friend and we discover the Yorkshire man who was the father of aviation.

Scampston Hall is a Grade II* listed country house in North Yorkshire, England, with a serpentine park designed by Charles Bridgeman and Capability Brown. It is located on the north side of the A64 Leeds/Scarborough road, 4 miles (6 km) east of Malton, in Scampston village, whose name was variously written in ancient documents, Scamestun, Skameston, Skameston, and Skampston, and which was probably derived from a personal name.

It is built in two storeys of stuccoed orange-red brick with a slate roof and stuccoed brick chimney stacks. The frontage has seven bays, the central three of which are bowed. Scampston Hall was built in the late 1600s for William Hustler.

The estate was bought in the 1690s by Sir William St Quintin, 3rd Baronet, who was Receiver General for Ireland and Member of Parliament for Hull. The estate and title were inherited in 1723 by his nephew, also William, who was MP for Thirsk. He married Rececca Thompson, a wealthy heiress, and was thus able to expand the estate and employ Capability Brown to landscape the park. The serpentine park of about 1.7 square kilometres was laid out first by Charles Bridgeman and later by Lancelot “Capability” Brown in 1772. It includes an unusual ionic “Bridge Building,” concealing the end of a sheet of water and closing the view.

A one acre garden created by the Spencer family between 1951 and 1994, now owned and cared for by the charity Perennial. The garden is divided into rooms by yew and beech hedges. York Gate is widely recognized as an outstanding example of 20th century garden design. The one acre garden is divided into a series of smaller gardens with different themes and in contrasting styles.

Glorious Gardens from Above episode 4 - Yorkshire: The county of Yorkshire is the setting for Christine Walkden's balloon tour of Britain.