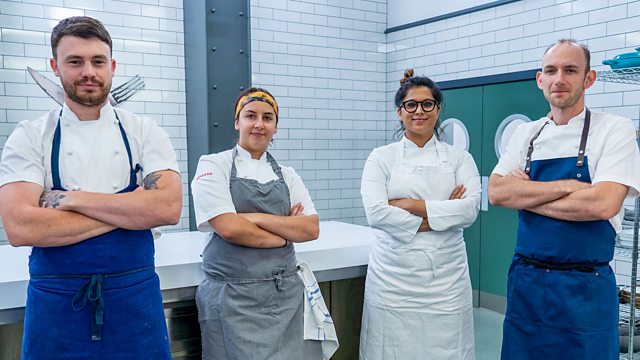 Great British Menu 2021 episode 1 – Central Starter and Fish Courses: Great British Menu returns for another series, starting with the central region heats. Featuring a mix of exciting new talent and one popular returner, the theme for this year’s competition is a celebration of British invention and innovation.

The chefs are welcomed to the kitchen, where they prepare canapes, starters and fish courses for the eyes of the week’s veteran judge, a former winner who remains a surprise to the chefs until the moment they walk into the kitchen. With one of the four being sent home, the pressure is on to produce something delicious and ingenious.