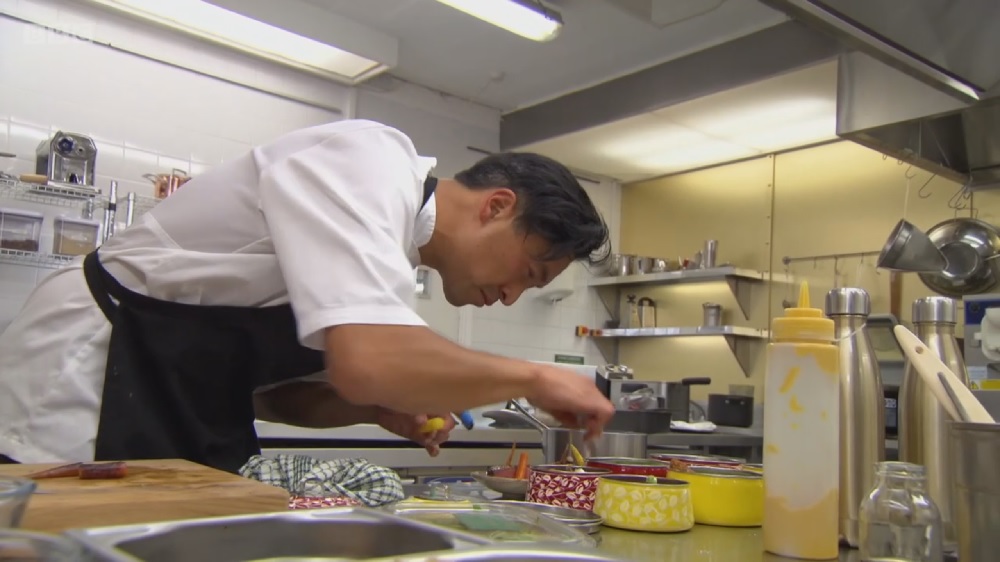 It is the main course and two of the chefs are hoping duck will win the day. Tom is preparing a technically challenging duck dish steeped in NHS history, while Jude is making a multi-element Chinese duck dish inspired by his mum. Olivia is hoping her dish, using two unusual cuts of beef, will score top points. Olivia also visits her local children’s hospital, home of the second busiest paediatric A&E in the country.

This week it is the turn of three chefs representing the south west, including two who have competed before but meet in the kitchen this week for the very first time. First up is Jude Kereama, who competed in 2015 and 2016, and is back for a third bite of the cherry. New Zealand-born Jude moved to the UK 22 years ago eventually settling in Porthleven, Cornwall, where he runs Kota restaurant, which boasts two AA rosettes and a Michelin bib gourmand.

He goes up against last year’s regional champion Tom Brown, a protege of Nathan Outlaw who has just launched his own restaurant Cornerstone in London’s East End, and Olivia Barry, who trained under Michelin-starred Angela Hartnett before opening Adelina Yard in Bristol, which has earned two AA rosettes.

Today the three chefs meet their surprise veteran judge and cook their celebratory starters. Jude is combining classic and international ingredients to create a playful savoury version of jelly and ice cream. Tom Brown is hoping to transform a historical dish served to patients in pre-NHS hospitals into a modern masterpiece by using Japanese flavours. And Olivia Barry is creating a technically ambitious starter that puts her stamp on a British staple.

It is the main course and two of the chefs are hoping duck will win the day.