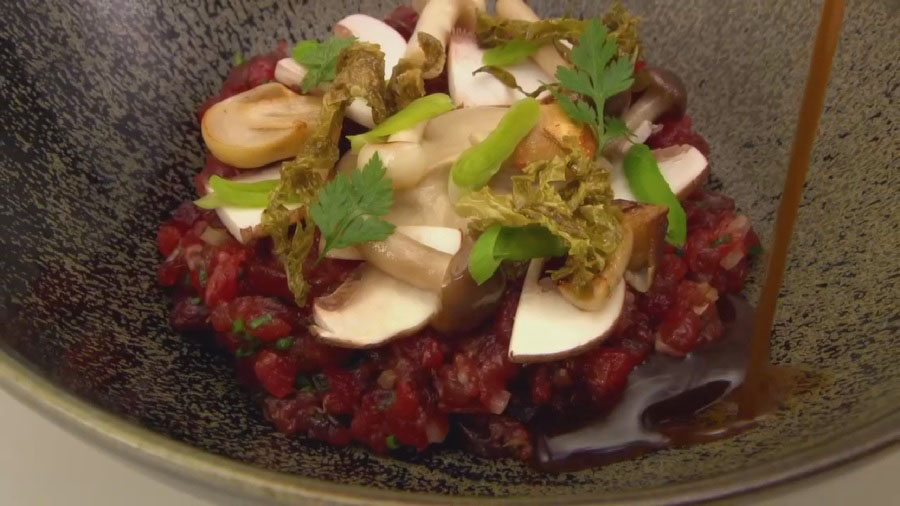 It is time for the two remaining chefs representing the south west to go head to head as they cook their menus again for the exacting panel of Andi Oliver, Matthew Fort and Oliver Peyton. With a spot in the national finals at stake, both are aiming for perfection as they bid for glory.

The judges are joined by Barbara Childs, a matron in the Cardiac Intensive Care Unit at Great Ormond Street Hospital, who isn’t afraid to speak her mind in the chamber. Which chef will triumph?

This week it is the turn of three chefs representing the south west, including two who have competed before but meet in the kitchen this week for the very first time. First up is Jude Kereama, who competed in 2015 and 2016, and is back for a third bite of the cherry. New Zealand-born Jude moved to the UK 22 years ago eventually settling in Porthleven, Cornwall, where he runs Kota restaurant, which boasts two AA rosettes and a Michelin bib gourmand.

He goes up against last year’s regional champion Tom Brown, a protege of Nathan Outlaw who has just launched his own restaurant Cornerstone in London’s East End, and Olivia Barry, who trained under Michelin-starred Angela Hartnett before opening Adelina Yard in Bristol, which has earned two AA rosettes.