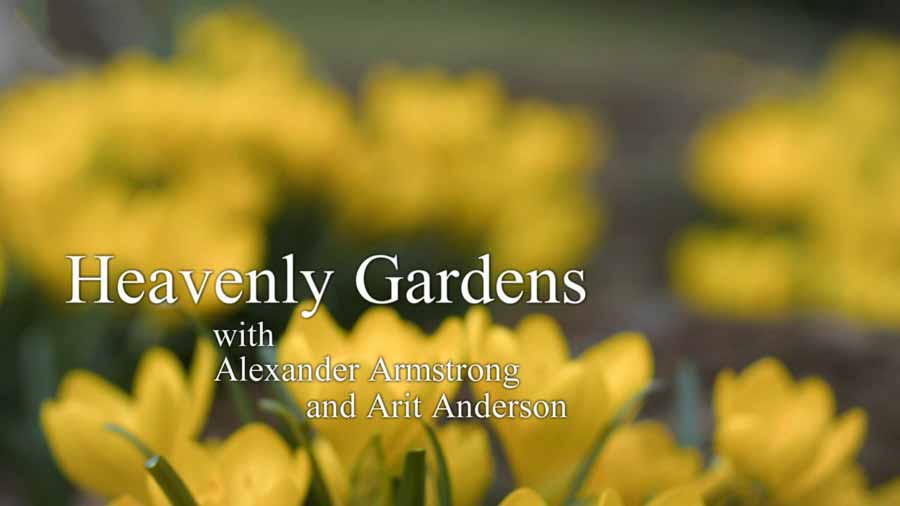 At the remote Pluscarden Abbey in Scotland, Alexander helps harvest luscious apples and accompanies the monks singing midday psalms. Meanwhile, Arit walks in the footsteps of royalty in the glorious grounds of Sudeley Castle. And Alexander returns to his student haunts in Cambridge to discover a place designed to inspire joy, even on the bleakest days, in the university’s botanic garden.

Set against the stunning backdrop of the majestic castle, and surrounded by striking views of the Cotswold Hills, there are 10 magnificent, award-winning gardens which sweep around the castle and grounds. Not only that, but we also offer a fantastic adventure playground and fun fort for our younger visitors.

Sudeley Castle is also the only private castle in England to have a queen buried within its grounds. Visitors can explore the beautifully restored 15th century St Mary’s Church where Katherine Parr, the last of Henry VIII’s six wives, now lies entombed.

We work hard to recreate and preserve the beauty of our gardens, which were originally created in the 15th century when Ralph Boteler rebuilt the castle. No trace of Boteler’s original gardens now exists, but they are now an ever-evolving showcase of the best of what each season has to offer.

The gardens at Pluscarden Abbey may be the oldest in Scotland. The precinct walls date from the early-13th century and enclose a fruit and vegetable garden. There are also a few fields used for the cultivation of arable and other crops and some mature trees. Four Irish yews in the walled garden may date from the original layout.

The ten acres of precincts include the Abbey garden which is enclosed on three sides by walls. Within the north wall are some bee boles which still accommodate straw skeps and bees to this day. Originally bees would have been kept for their wax for candles. The garden is planted with soft fruit and vegetables. Two old interesting trees are growing within the walls; one, a Scots pine, is literally growing within the north wall, which appears almost to have been built round the tree; the other a fine, large Cedar grows near the north wall.

From the north gate, an avenue extends southwards to the Abbey buildings; on the west is an extension of the garden containing more bee hives. The fields are planted with barley and potato in rotation. The gardens in early monastic times were used for growing herbs and vegetables, and were later famous for being planted in 1540 by the French gardening expert, Guillaume Lubias, who successfully cultivated them and planted them with fruit trees (The Vale of St. Andrew, M.W. Simpson, Scotland’s Magazine, Volume 48, 1952).

After a period as a tree nursery for the Earls of Fife, the gardens have been brought back into vegetable and fruit cultivation by the monks. Four Irish yews, planted where the paths met, may date back to the original laying out of the gardens. To the south-west of the Church is the cloister garden planted with old box hedging and the remains of an old Acacia tree. To the east of the Abbey buildings are some older large tree specimens of holm oak, copper beech, lime, cypress and two very old yews.