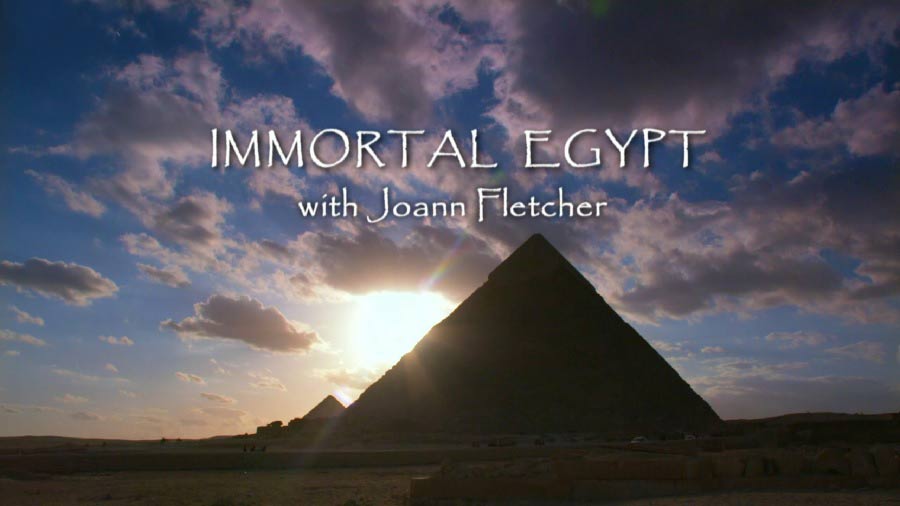 Immortal Egypt episode 1 - The Road to the Pyramids

Immortal Egypt episode 1: In the first episode, Professor Joann Fletcher goes in search of the building blocks of Egyptian civilisation and finds out what made ancient Egypt the incredible civilisation that it was.

Joann sees how people here changed, in just a few centuries, from primitive farmers to pyramid builders and finds the early evidence for Egypt’s amazing gods and obsession with death and the afterlife.

On her search, Joann travels almost 20,000 years back in time to discover north Africa’s earliest rock art, she discovers how the first writing was used to calculate taxes and explores one of the first stone structures on earth – Egypt’s first pyramid. Joann ends her journey in the largest monument of them all – the Great Pyramid. Here, she explains how Egypt had now reached a pinnacle – the ultimate society, creating one of the wonders of the ancient world.

Immortal Egypt episode 1 – The Road to the Pyramids

Based on a mark in an interior chamber naming the work gang and a reference to the Fourth Dynasty Egyptian pharaoh Khufu, some Egyptologists believe that the pyramid was thus built as a tomb over a 10- to 20-year period concluding around 2560 BC. Initially standing at 146.5 metres (481 feet), the Great Pyramid was the tallest man-made structure in the world for more than 3,800 years until Lincoln Cathedral was finished in 1311 AD.

Originally, the Great Pyramid was covered by limestone casing stones that formed a smooth outer surface; what is seen today is the underlying core structure. Some of the casing stones that once covered the structure can still be seen around the base. There have been varying scientific and alternative theories about the Great Pyramid’s construction techniques. Most accepted construction hypotheses are based on the idea that it was built by moving huge stones from a quarry and dragging and lifting them into place.

Title
Immortal Egypt episode 1 - The Road to the Pyramids
Description

Immortal Egypt episode 1: In the first episode, Professor Joann Fletcher goes in search of the building blocks of Egyptian civilisation.