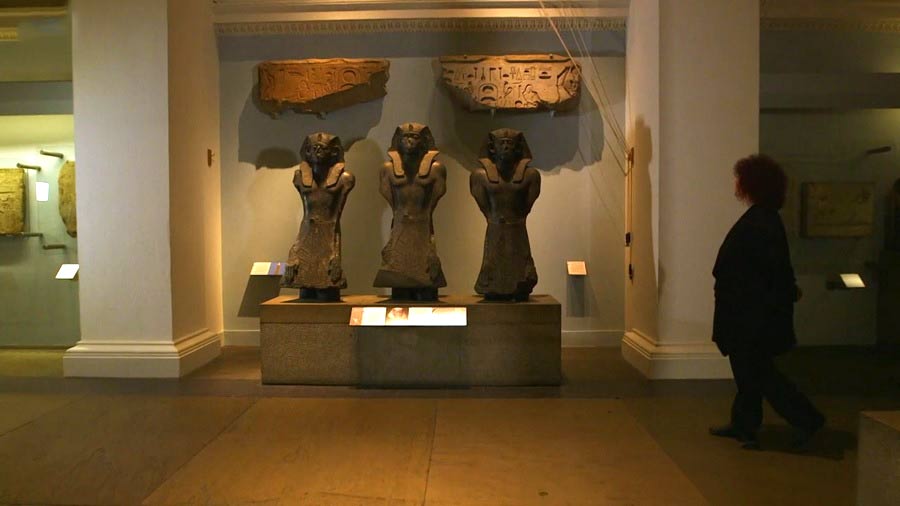 Immortal Egypt episode 2 – Chaos: In the second episode, Joann explores how the Pyramid Age ended in catastrophe. In one of Saqqara’s last pyramid complexes, Joann uncovers evidence of famine as the young Egyptian state suffered a worsening climate and political upheaval.

With depleted coffers, Egypt was plunged into the dark ages and civil war. With the land fractured into many small states, Joann tells the story of small-town leaders rising through the ranks.

In a little-known tomb in Thebes, Joann uncovers stories of warriors who fought in the bloody battle which eventually would mark the reunification of Egypt. This burial represents the world’s first recorded war cemetery and the rise of Thebes. The country was reborn, resuming grand building projects for Egypt’s mighty kings and bejewelled queens.

Joann reveals how settlers known as the Hyksos tried to infiltrate the government and take the throne. But their rule was short-lived as they were ousted by southern rulers who laid the groundwork for Egypt’s largest empire.

Thebes, known to the ancient Egyptians as Waset, was an ancient Egyptian city located along the Nile about 800 km south of the Mediterranean. Its ruins lie within the modern Egyptian city of Luxor. Thebes was the main city of the fourth Upper Egyptian nome (Sceptre nome) and was the capital of Egypt for long periods during the Middle Kingdom and New Kingdom eras.

It was close to Nubia and the Eastern Desert, with its valuable mineral resources and trade routes. It was a cult center and the most venerated city of ancient Egypt during its heyday. The site of Thebes includes areas on both the eastern bank of the Nile, where the temples of Karnak and Luxor stand and where the city proper was situated; and the western bank, where a necropolis of large private and royal cemeteries and funerary complexes can be found.