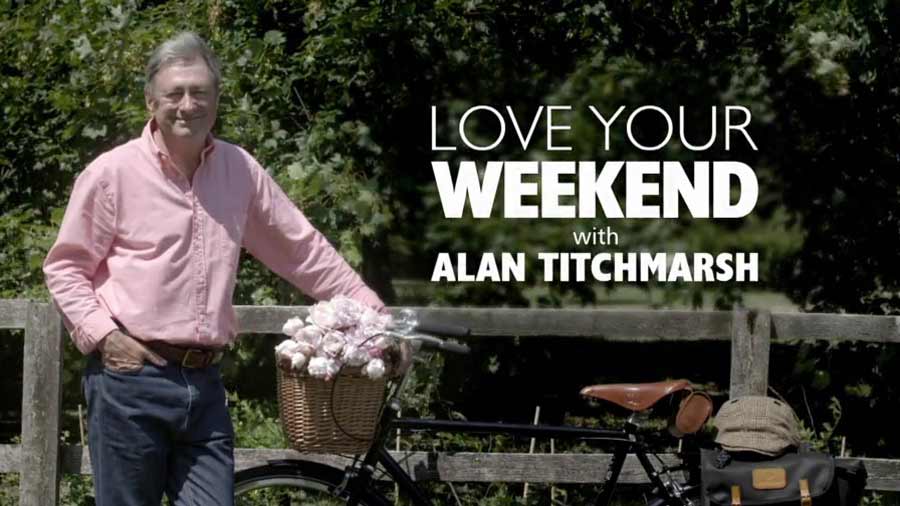 Love Your Weekend with Alan Titchmarsh episode 5: Alan welcomes actors Lesley Joseph and Hugh Dennis to his Hampshire farm and takes a look back to the allotment where his passion for gardening began. He also meets upholsterer Micaela Sharp and renowned garden photographer Clive Nichols. Plus, more from the organic halal farming family the Radwans.

Lesley Diana Joseph is an English actress and broadcaster, best known for playing Dorien Green in the television sitcom Birds of a Feather from 1989 to 1998, and again from 2014 to 2017. Other television credits include Absurd Person Singular (1985) and Night and Day (2001–2003).

Her stage roles include UK touring productions of Thoroughly Modern Millie (2005), Calendar Girls (2011) and Annie (2015). In 2018, she was nominated for the Olivier Award for Best Supporting Actress in a Musical, for the original West End production of Young Frankenstein.

Peter Hugh Dennis (born 13 February 1962) is an English comedian, presenter, actor, writer, impressionist and voice-over artist, best known for being one half of Punt and Dennis with comedy partner Steve Punt. He played Pete Brockman, the father in the BBC One sitcom Outnumbered and since 2014 he has played Toby in the long-running sitcom Not Going Out.

Love Your Weekend with Alan Titchmarsh episode 5: Alan takes a look back to the allotment where his passion for gardening began