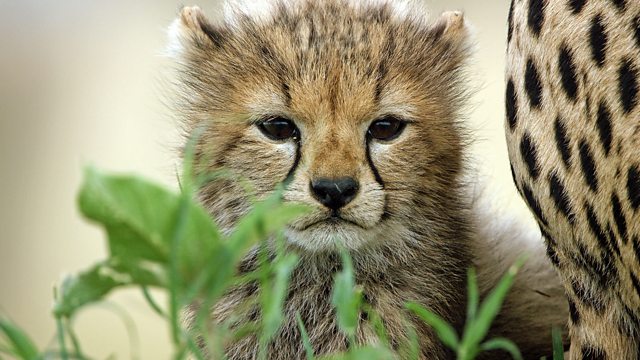 Serengeti episode 2: As the Serengeti starts to dry out, competition hots up between the families we were first introduced to in Episode One. The strong females take centre stage, dealing with wayward males and fighting for the survival of their kin.

Lioness Kali and her sister are enjoying time with their seven cubs. Together, hunting is much easier and life is good. But their happiness is short-lived as they are being tracked by Sefu, a male lion from the pride. He takes their food and then relentlessly pursues them, but what does he want?

A new family has moved into the Serengeti: Kike, a first-time cheetah mother with three tiny cubs in tow. If her first litter is to survive, she must learn the skills of motherhood fast. Not only must she learn to hunt and keep her cubs safe, but she must keep them away from the other predators who are out to get them.

Bakari the baboon struggles to raise the baby he rescued when its mother was killed and desperately tries to find a female to help him raise his motherless baby. Nalla, the elephant matriarch, is worried for the safety of her baby when a group of huge male elephants come to fight over one of the family’s females. A young female ostrich attempts to raise an enormous brood of chicks whilst being watched by the hungry eyes of the hyena leader, Zalika. As pressure builds, Kali decides that for the sake of her cubs she must confront the male stalker Sefu – but it’s a dangerous decision.

Bakari is threatened by the leader of the troop when their rivalry escalates and the baby is put at risk. Will a kind-hearted female called Cheka help him raise the baby? Only the strong survive in the Serengeti, and the mothers are the toughest of the lot.

Serengeti episode 2: As the Serengeti starts to dry out, competition hots up between the families we were first introduced to in Episode One.

A Park for All Seasons from Above episode 2