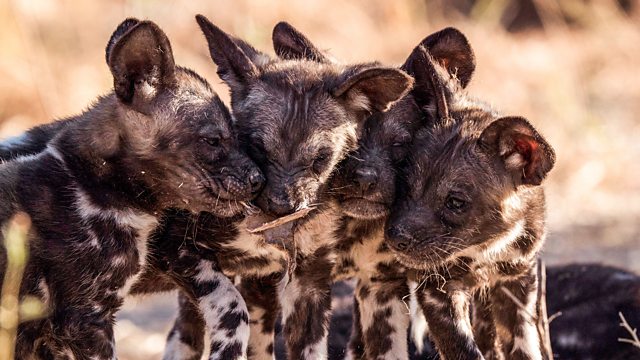 Serengeti episode 3: In this episode, the incredible anticipation of the annual great migration is being felt by all of the Serengeti’s families as they wait with great desperation for it to arrive. The land continues to get hotter and hunger start to bite as food becomes ever more scarce for the predators.

But life continues, with Kali the lioness and her sister entrusting their cubs to their new male babysitter, Sefu, with near-disastrous results. Bakari the baboon is shocked when a trip across the river to collect crocodile eggs looks like it will end in tragedy for his new female, Cheka, and the adopted baby. His rivalry with the troop leader then puts him and the baby in more danger.

A family of wild dogs moves in, led by male Jasari. With a huge litter of pups, Jasari is ready to take advantage of the coming feast, but until the migrating herds arrive, it is a struggle to survive. Shani, a female zebra, is leading her family on the great migration. She is forced to stop temporarily to give birth to her foal, but as soon as he can run, they are off again heading towards the great river.

When the herds finally arrive at the river, they find it teeming with crocodiles, and zebra mother Shani has to decide how and when she can take her newborn foal across the treacherous water. Lying in wait and watching them carefully is a large mother crocodile, who is determined to eat them if they try. With the great migration now in full flow, there are winners and losers on both sides. The awe-inspiring spectacle it brings are part of the deep seasonal rhythms that govern all life in the Serengeti.

Serengeti episode 3: In this episode, the incredible anticipation of the annual great migration is being felt by all of the Serengeti’s families