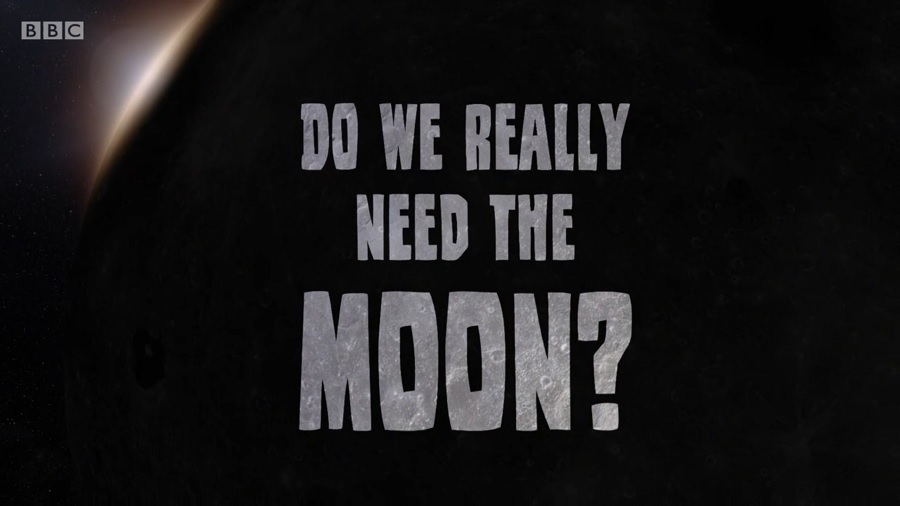 Do We Really Need the Moon? – The moon is such a familiar presence in the sky that most of us take it for granted. But what if it wasn’t where it is now? How would that affect life on Earth?

Space scientist and lunar fanatic Dr Maggie Aderin-Pocock explores our intimate relationship with the moon. Besides orchestrating the tides, the moon dictates the length of a day, the rhythm of the seasons and the very stability of our planet.

Yet the moon is always on the move. In the past, it was closer to the Earth and in the future it will be farther away. That it is now perfectly placed to sustain life is pure luck, a cosmic coincidence. Using computer graphics to summon up great tides and set the Earth spinning on its side, Aderin-Pocock implores us to look at the Moon afresh: to see it not as an inert rock, but as a key player in the story of our planet, past, present and future.

The Moon is thought to have formed about 4.51 billion years ago, not long after Earth. The most widely accepted explanation is that the Moon formed from the debris left over after a giant impact between Earth and a hypothetical Mars-sized body called Theia. New research of Moon rocks, although not rejecting the Theia hypothesis, suggests that the Moon may be older than previously thought.

The Moon is in synchronous rotation with Earth, and thus always shows the same side to Earth, the near side. Because of libration, slightly more than half (about 59%) of the total lunar surface can be viewed from Earth. The near side is marked by dark volcanic maria that fill the spaces between the bright ancient crustal highlands and the prominent impact craters. After the Sun, the Moon is the second-brightest celestial object regularly visible in Earth’s sky. Its surface is actually dark, although compared to the night sky it appears very bright, with a reflectance just slightly higher than that of worn asphalt. Its gravitational influence produces the ocean tides, body tides, and the slight lengthening of the day.

Title
Do We Really Need the Moon?
Description

Do We Really Need the Moon? - The moon is such a familiar presence in the sky that most of us take it for granted. But what if it wasn't where it is now? How would that affect life on Earth?

10 Things You Need to Know About the Future