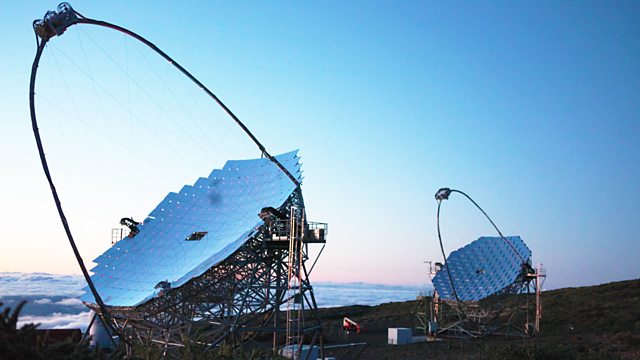 How Small Is the Universe ?

How Small Is the Universe: plunges down the biggest rabbit-hole in history in search of the smallest thing in the universe.

It is a journey where things don’t just become smaller but also a whole lot weirder. Scientists hope to catch a glimpse of miniature black holes, multiple dimensions and even parallel universes. As they start to explore this wonderland, where nothing is quite what it seems, they may have to rewrite the fundamental laws of time and space.

How Small Is the Universe ?

It is possible that such quantum primordial black holes were created in the high-density environment of the early Universe (or Big Bang), or possibly through subsequent phase transitions. They might be observed by astrophysicists through the particles they are expected to emit by Hawking radiation.

Some hypotheses involving additional space dimensions predict that micro black holes could be formed at energies as low as the TeV range, which are available in particle accelerators such as the Large Hadron Collider. Popular concerns have then been raised over end-of-the-world scenarios (see Safety of particle collisions at the Large Hadron Collider). However, such quantum black holes would instantly evaporate, either totally or leaving only a very weakly interacting residue.[citation needed] Beside the theoretical arguments, the cosmic rays hitting the Earth do not produce any damage, although they reach energies in the range of hundreds of TeV.

The multiverse, also known as a maniverse, megaverse, metaverse, omniverse, or meta-universe, is a hypothetical group of multiple universes. Together, these universes comprise everything that exists: the entirety of space, time, matter, energy, and the physical laws and constants that describe them. The different universes within the multiverse are called “parallel universes”, “other universes”, or “alternate universes”.

Title
How Small Is the Universe ?
Description

How Small Is the Universe: plunges down the biggest rabbit-hole in history in search of the smallest thing in the universe.

Secrets of the Super Elements

Deep Down & Dirty: The Science of Soil