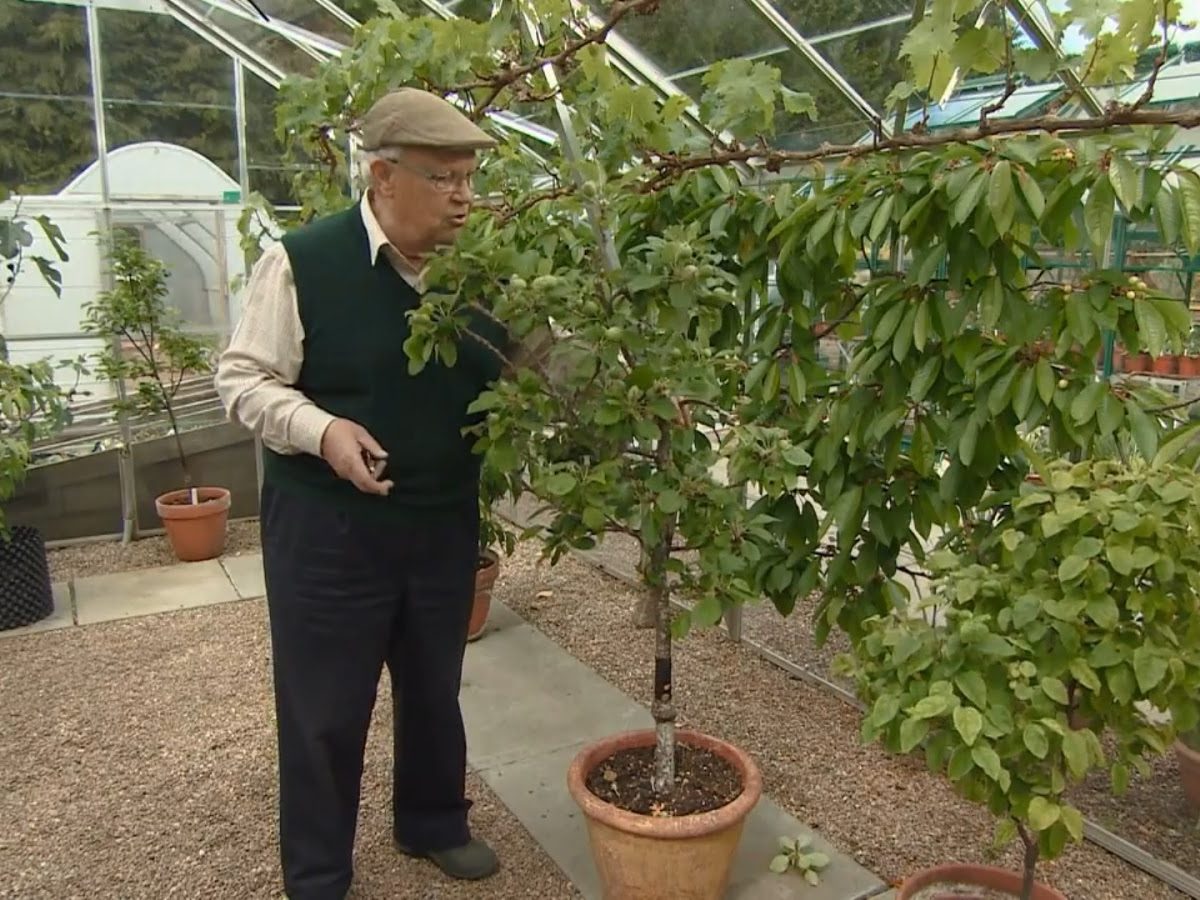 In the Beechgrove Garden episode 12 2017, Jim is growing tomatoes, peppers and cucumbers side by side in his domestic-sized greenhouse. They shouldn’t work together, but with limited space you have to make it work, and Jim is determined to find a way.

With pruning saws at the ready once again, Carole and George take the Woodland Garden in hand as, at the moment, you can’t see the wood for the trees.

Brian visits the meticulous Pitmedden Gardens in Aberdeenshire to find out how head gardener Susan Burgess tackles the problem of box blight, with the six miles of clipped box hedging to maintain.

In September 2015 Chris and Carole sowed a border full of seed which had been collected around the Beechgrove Garden. The range included: Aquilegia – black seeds in brown seed heads – Red campion – an early flowering plant with magenta flowers – Polemonium (Jacob’s Ladder) – Thalictrum – Digitalis (foxglove) – Astrantia Aquilegia vulgaris Astrantia major Digitalis (Foxglove) Polemonium caeruleum (Jacob’s Ladder) Red campion Thalictrum aquilegifolium Lupin Papaver somniferum (Opium poppy). All of the above had thin seed coats and germinated readily. The resultant display was mostly comprised of Aquilegia and Polemonium, however the star of the show was the Red Campion which was in fact gathered from Carole’s own garden.

Carole and George were revamping the Crooked Garden which is very mature now. There have been some casualties and some of the trees are now too big for the area. This was one of the original gardens built by the Hit Squad of Walter Gilmour and the late Jim McKirdy at Beechgrove 21 years ago, and it was inspired by the nursery rhyme, The Crooked Man.

The garden was full of all things crooked, twisted and contorted. Because these were mainly choice trees and shrubs of Jim and Walter’s choosing, it grew into a woodland space with opportunities for under planting.

Regardless of the dreadful weather it was time to take a look at the onions and turnips on the main vegetable plot. The onions have had a hard time during the long, dry spell we had earlier in the year. Some of them are starting to go to seed but other than that they are looking good.

Jim also checked on progress with the turnips. We missed the cropping last year in the garden so we decided to grow a range of varieties again. They were finally starting to look good.

In the Beechgrove Garden episode 12 2017, Jim is growing tomatoes, peppers and cucumbers side by side in his domestic-sized greenhouse.