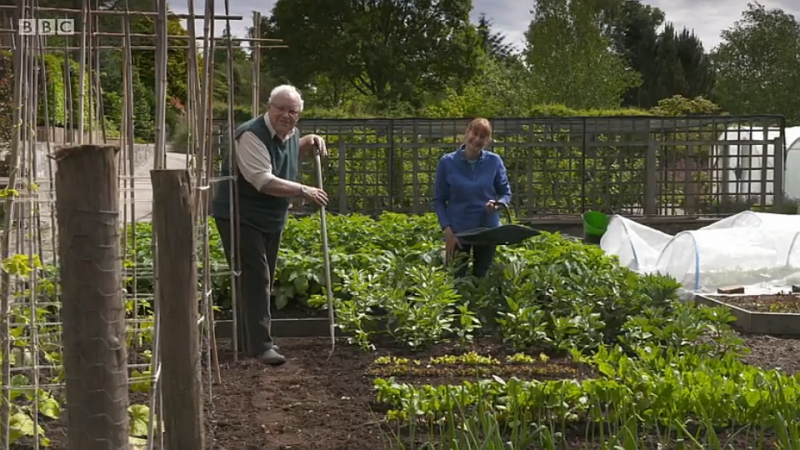 In the Beechgrove Garden episode 13 2017, Jim takes a look at progress of his favourite cutting flowers and adds an easy staking system to the beds to keep flower heads up.

Last week, Brian visited Pitmedden Gardens to see how they deal with the threat of box blight on their six miles of hedging. This week he is experimenting with a range of slow-growing, small-leaved evergreens as potential alternatives to using box.

Carole visits David and Laura Gill in Dunblane to see the garden that David has created from scratch over the last eight years. The garden’s centrepiece is a beautiful pond that provides a floral oasis of calm in a busy life.

From squash to Chrysanthemums, Jim had ordered some rooted Chrysanthemum cuttings which had been delivered to Beechgrove however they were very small plants. Because of this, Jim had decided to plant them in grow bags in the greenhouse. This will allow them to grow on enough to give us some cut flowers later on.

Beechgrove also has some Korean varieties of Chrysanths. Jim explained that these are more typically grown as potted plants or house plants. He was going to try a little experiment and grow them on for the conservatory so planted them up large pots of compost.

They were already starting to flower so these were removed to allow the plants to bulk up a bit and some of the top growth was also removed to encourage side shoots. This will make for bushier plants. These will all be grown on in the greenhouse and then be put into the conservatory for display when they start to flower.

Box or Buxus sempervirens is an essential part of many gardens as it gives all yearround structure. Many formal gardens depend on clipped compact shapes to provide interest and as a foil for other planting. Last week Brian visited Pitmedden Garden to see how Susan deals with the 6 miles of box hedging and how she deals with the problem of box blight. Brian wanted to find out what alternatives to box hedging there are which have similar attributes and give a similar effect. 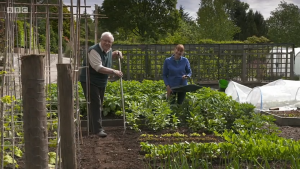 In the Beechgrove Garden episode 13 2017, Jim takes a look at progress of his favourite cutting flowers and adds an easy staking system to the beds.

Life in a Cottage Garden with Carol Kleine episode 5 – Autumn