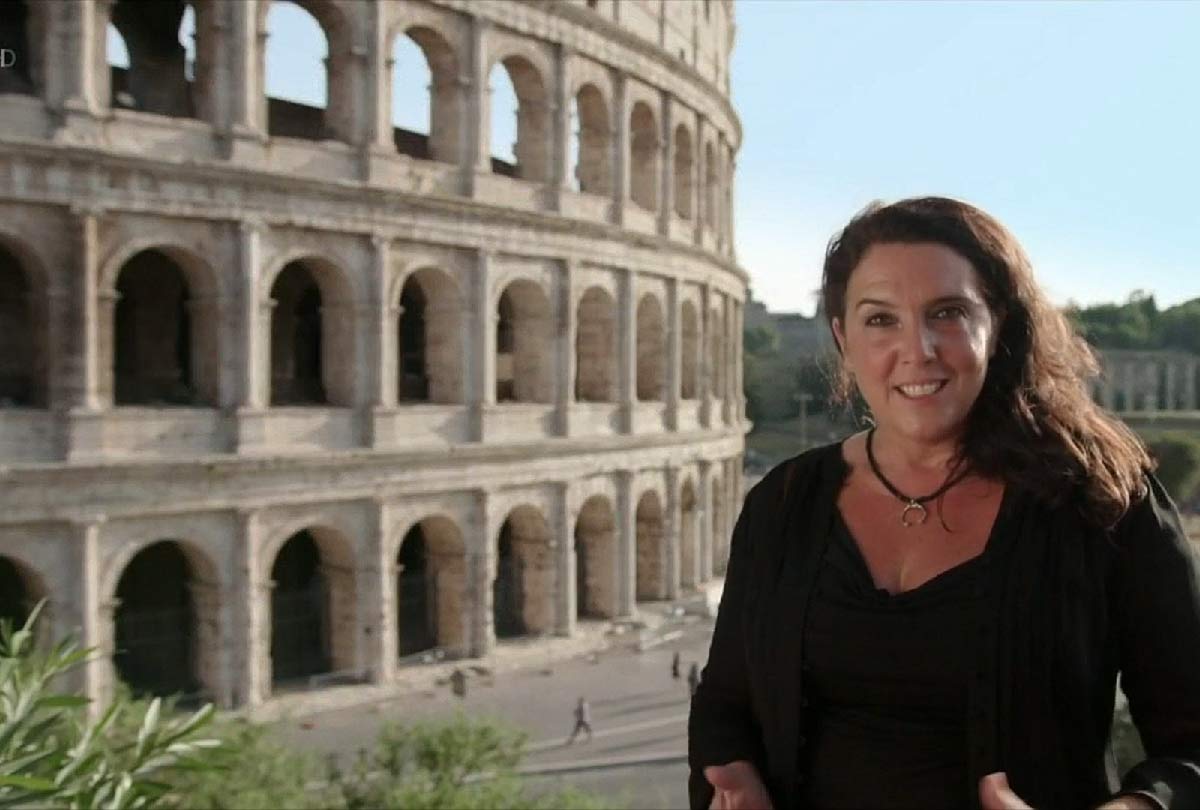 Eight Days That Made Rome is a docu-drama that leaves behind the conventional chronologies of Rome’s thousand-year history and brings razor-sharp focus to eight days that created, tested and defined its greatness.

Bettany Hughes explores the day in 80AD when the Colosseum opened its gates for the first time.

For new emperor Titus, the spectacular games and events were an opportunity to win over the people and secure his place on the imperial throne, but why did the Romans – cultured and civilised in so many ways – enjoy witnessing such brutality and bloodletting? Bettany travels across the Roman world in a bid to find answers. Dramatisations featuring Sam Barriscale, Oliver Monaghan and Paul Lacoux bring the key moments to life.

Construction of the Colosseum began under the rule of Vespasian in around 70–72 AD (73-75 AD according to some sources). The Colosseum had been completed up to the third story by the time of Vespasian’s death in 79. The top level was finished by his son, Titus, in 80, and the inaugural games were held in A.D. 80 or 81.

Dio Cassius recounts that over 9,000 wild animals were killed during the inaugural games of the amphitheatre. Commemorative coinage was issued celebrating the inauguration. The building was remodelled further under Vespasian’s younger son, the newly designated Emperor Domitian, who constructed the hypogeum, a series of underground tunnels used to house animals and slaves. He also added a gallery to the top of the Colosseum to increase its seating capacity.

In 217, the Colosseum was badly damaged by a major fire (caused by lightning, according to Dio Cassius) which destroyed the wooden upper levels of the amphitheatre’s interior. It was not fully repaired until about 240 and underwent further repairs in 250 or 252 and again in 320. Gladiatorial fights are last mentioned around 435.

An inscription records the restoration of various parts of the Colosseum under Theodosius II and Valentinian III (reigned 425–455), possibly to repair damage caused by a major earthquake in 443; more work followed in 484 and 508. The arena continued to be used for contests well into the 6th century. Animal hunts continued until at least 523, when Anicius Maximus celebrated his consulship with some venationes, criticised by King Theodoric the Great for their high cost.

Title
Eight Days that Made Rome: Theatre of Death
Description

Eight Days that Made Rome: Theatre of Death - Bettany Hughes explores the day in 80AD when the Colosseum opened its gates for the first time.