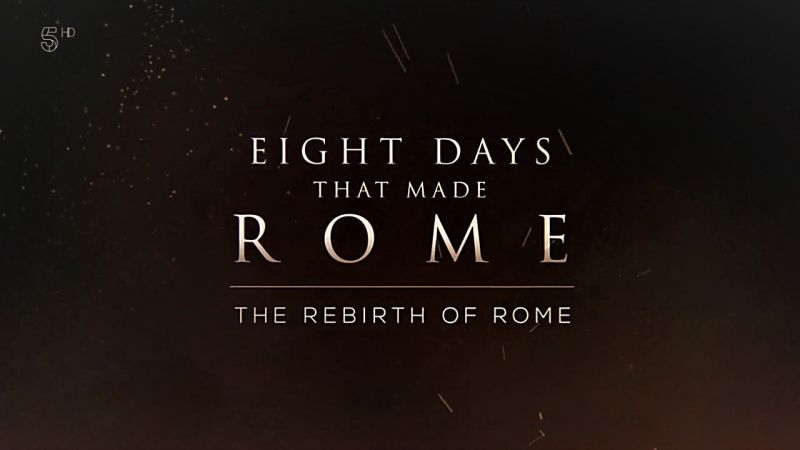 The Rebirth of Rome

Bettany Hughes recalls the time that marked Rome’s symbolic break with its 1,000-year pagan past – the day in 337 AD that Emperor Constantine the Great was baptised a Christian. It was a moment of profound significance not just for the empire, but for the history of the world and one of its major religions.

Constantine was one of the last great Roman emperors to rule over a united empire, giving it a new capital – Constantinople, today known as Istanbul – a city which would one day eclipse Rome as the greatest city on Earth. Dramatisations featuring Ian Beattie and Gary Finan bring the key moments to life. Last in the series.

The Rebirth of Rome

Constantine’s share of the Empire consisted of Britain, Gaul, and Spain, and he commanded one of the largest Roman armies which was stationed along the important Rhine frontier. He remained in Britain after his promotion to emperor, driving back the tribes of the Picts and securing his control in the northwestern dioceses. Constantine completed the reconstruction of military bases begun under his father’s rule, and he ordered the repair of the region’s roadways. He then left for Augusta Treverorum (Trier) in Gaul, the Tetrarchic capital of the northwestern Roman Empire.

The Franks learned of Constantine’s acclamation and invaded Gaul across the lower Rhine over the winter of 306–307 AD. He drove them back beyond the Rhine and captured Kings Ascaric and Merogais; the kings and their soldiers were fed to the beasts of Trier’s amphitheatre in the adventus (arrival) celebrations which followed.

Constantine began a major expansion of Trier. He strengthened the circuit wall around the city with military towers and fortified gates, and he began building a palace complex in the northeastern part of the city. To the south of his palace, he ordered the construction of a large formal audience hall and a massive imperial bathhouse. He sponsored many building projects throughout Gaul during his tenure as emperor of the West, especially in Augustodunum (Autun) and Arelate (Arles).

According to Lactantius, Constantine followed a tolerant policy towards Christianity, although he was not yet a Christian himself. He probably judged it a more sensible policy than open persecution and a way to distinguish himself from the “great persecutor” Galerius. He decreed a formal end to persecution and returned to Christians all that they had lost during them.

Title
Eight Days that Made Rome: The Rebirth of Rome
Description

Eight Days that Made Rome: The Rebirth of Rome - Bettany Hughes recalls the time that marked Rome's symbolic break with its 1,000-year pagan past.

The Mayflower Pilgrims: Behind the Myth