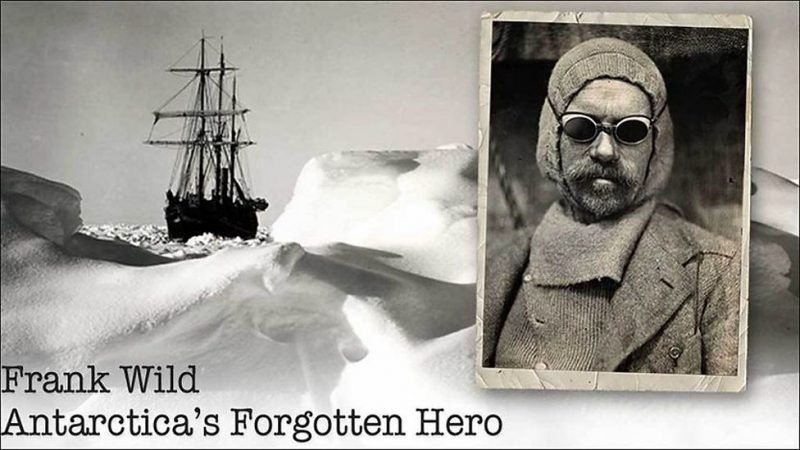 Yorkshireman Frank Wild was the unsung hero of the heroic age of Antarctic exploration. He was Sir Ernest Shackleton’s loyal companion – following him to the very ends of the earth.

The Polar adventurer immersed himself in the world of Antarctic exploration and was Shackleton’s right hand man. Presenter Paul Rose talks to his biographer Angie Butler who describes the “little white voices” which drew him back time and time again to the world of polar exploration.

Frank W. from Skelton, North Yorkshire was the unsung hero of the heroic age of Antarctic exploration. Wild was Sir Ernest Shackleton’s loyal companion and ‘right-hand man’, following him to the ends of the Earth. Presenter and polar explorer, Paul Rose, looks back at Frank Wild’s Nimrod expedition to Antarctica with Shackleton. The trip ended when the team had to turn back after a super-human effort to reach the south pole.

Frank Wild was born in Skelton-in-Cleveland, North Riding of Yorkshire, the eldest of eight sons[2] and three daughters born to schoolteacher Benjamin Wild and his seamstress wife Mary (née Cook). The family came from Skelton close to Marton, birthplace of Captain James Cook, to whom the family claimed ancestry through Mrs Wild.[2][3] Her father was Robert Cook, who claimed to be a grandson of the great explorer. By 1875 the Wild family had moved from Skelton to Stickford in Lincolnshire, and in late 1880 moved again to Wheldrake near York.[3]

Wild’s family next moved to the village of Eversholt in Bedfordshire. His father was appointed clerk of the Eversholt Parochial Charity at Woburn. Frank Wild was educated at Bedford. He joined the Merchant Navy in 1889 at the age of 16, receiving his early training in sail in the clipper ship Sobraon. In the Merchant Navy he rose to the rank of second officer. In 1900, aged 26, he joined the Royal Navy. The 1901 census shows that at that time he was serving as an Able seaman aged 27 on HMS Edinburgh, anchored in Sheerness Harbour. 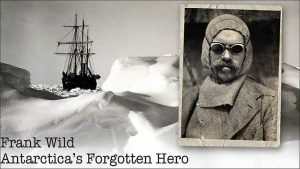 Yorkshireman Frank Wild was the unsung hero of the heroic age of Antarctic exploration. He was Sir Ernest Shackleton's loyal companion - following him to the very ends of the earth.