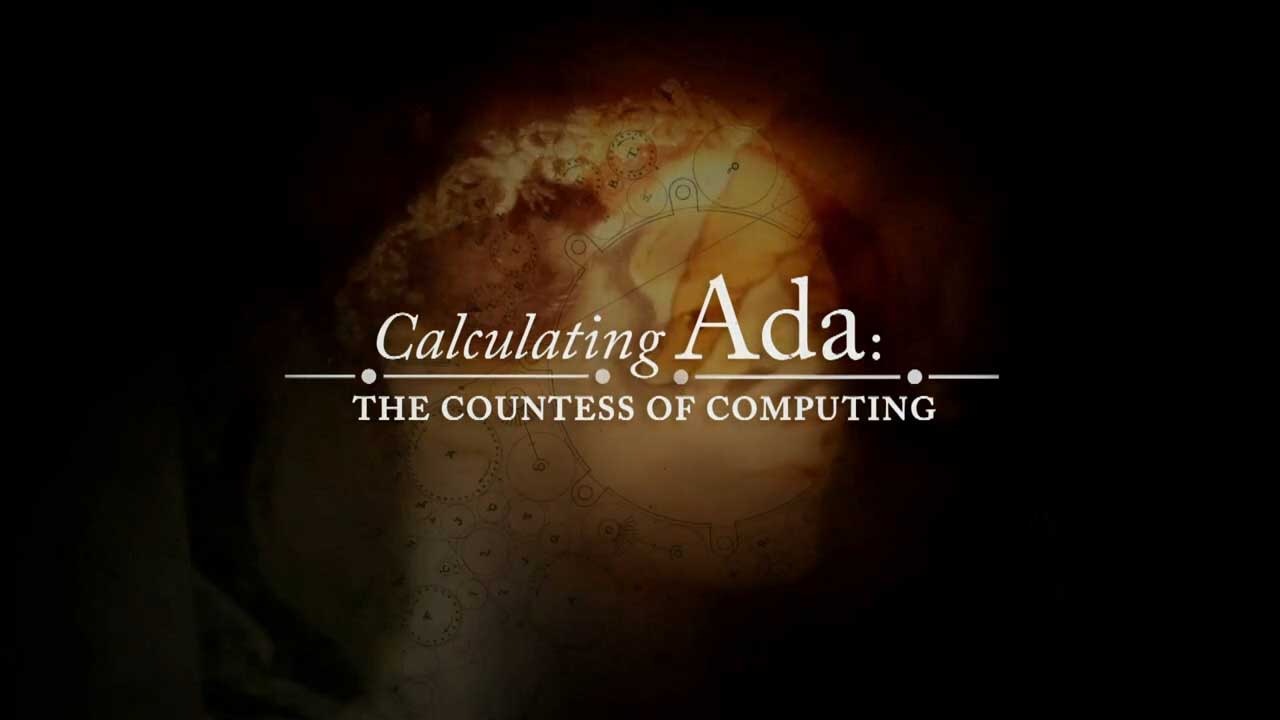 Calculating Ada: The Countess of Computing

Hannah Fry traces Ada’s unlikely union with the father of computers, Charles Babbage. Babbage designed the world’s first steam-powered computers – most famously the analytical engine – but it was Ada who realised the full potential of these new machines. During her own lifetime, Ada was most famous for being the daughter of romantic poet Lord Byron (‘mad, bad and dangerous to know’). It was only with the advent of modern computing that Ada’s understanding of their flexibility and power (that they could be far more than mere number crunchers) was recognised as truly visionary. Hannah explores how Ada’s unique inheritance – poetic imagination and rational logic – made her the ideal prophet of the digital age.

This moving, intelligent and beautiful film makes you realise we nearly had a Victorian computer revolution.

Calculating Ada: The Countess of Computing

Augusta Ada King, Countess of Lovelace was an English mathematician and writer, chiefly known for her work on Charles Babbage’s proposed mechanical general-purpose computer, the Analytical Engine. She was the first to recognise that the machine had applications beyond pure calculation, and to have published the first algorithm intended to be carried out by such a machine. As a result, she is often regarded as the first computer programmer.

Ada Byron was the only legitimate child of poet Lord Byron and mathematician Lady Byron. All of Byron’s other children were born out of wedlock to other women. Byron separated from his wife a month after Ada was born and left England forever. Four months later, he commemorated the parting in a poem that begins, “Is thy face like thy mother’s my fair child! ADA! sole daughter of my house and heart?”. He died in Greece when Ada was eight. Her mother remained bitter and promoted Ada’s interest in mathematics and logic in an effort to prevent her from developing her father’s perceived insanity. Despite this, Ada remained interested in him, naming her two sons Byron and Gordon. Upon her death, she was buried next to him at her request. Although often ill in her childhood, Ada pursued her studies assiduously. She married William King in 1835. King was made Earl of Lovelace in 1838, Ada thereby becoming Countess of Lovelace.

Her educational and social exploits brought her into contact with scientists such as Andrew Crosse, Charles Babbage, Sir David Brewster, Charles Wheatstone, Michael Faraday, and the author Charles Dickens, contacts which she used to further her education. Ada described her approach as “poetical science” and herself as an “Analyst (& Metaphysician)”.

When she was a teenager (18), her mathematical talents led her to a long working relationship and friendship with fellow British mathematician Charles Babbage, who is known as “the father of computers”. She was in particular interested in Babbage’s work on the Analytical Engine. Lovelace first met him in June 1833, through their mutual friend, and her private tutor, Mary Somerville.

Calculating Ada: The Countess of Computing: Dr Hannah Fry tells the story of the remarkable life of Ada Lovelace