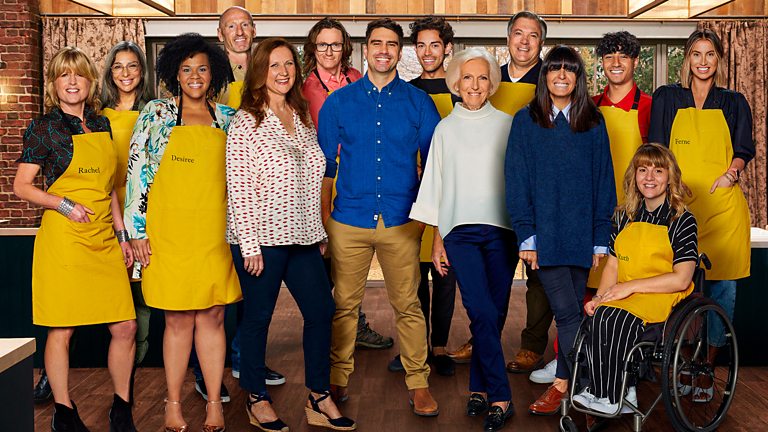 Day One’s Ultimate is all about having friends to stay over, as Mary Berry asks the celebrities to make their very best ultimate breakfast. The cooks must go all out to impress, and it’s tortillas at dawn as two celebrities engage in a Mexican stand-off, but will the quesadilla or the breakfast burrito win the day? Meanwhile romance is in the air for one celebrity as he tries to seduce the judges with an edible crossword. At the end of this round, each judge picks their favourite dish, but will a judges’ favourite be enough to save them from the dreaded Eliminator?

On Day Two, Chris picks an apple as the secret ingredient for his Rustle Up round, and the celebrities must think on their feet to produce a dish that will wow the judges. At the end of the round, the judges must then decide, taking both the Ultimate and the Rustle Up into account, who is safe and who needs to prove themselves by cooking again in Angela’s Eliminator.

Tasked with following another of Angela’s recipes in the Eliminator round, the celebrities asked to cook again have one last chance to save themselves and stay in the competition. The challenge is judged blind, so at the end of the round, the judges must agree which dish is their least favourite without knowing who has cooked it. The celebrity who has cooked the worst dish must then leave the competition.

For a leisurely weekend brunch or a light meal any day of the week, these breakfast quesadillas are filled with bacon and scrambled eggs and served with colourful salsas, guacamole and refried beans.

You could call this ‘a kitsch brekkie’: it’s a combination of Indian kitchari – a spicy dish of rice and split pulses – and kedgeree – the British version of the dish, with smoked fish and hard-boiled eggs. It would also make a brilliant midweek supper.