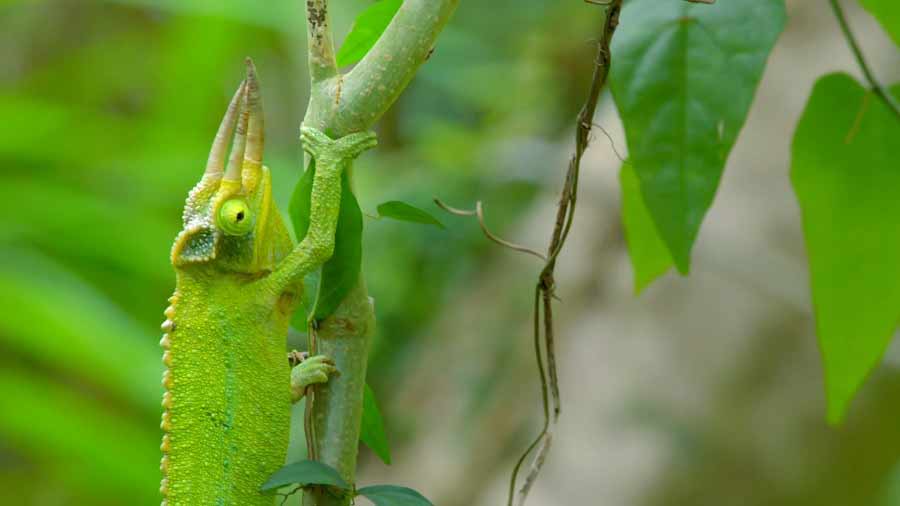 Earth’s Tropical Islands episode 3 – Hawaii: This is a journey across Hawaii’s varied islands, discovering how they were made and the incredible wildlife that thrives there. Hawaii is the most remote island chain on earth, and its tropical shores are hard to reach.

But for the hardy creatures that can make it here, like the waterfall-climbing fish, carnivorous caterpillar and Laysan albatross, a land of opportunity awaits. From newly formed lava fields to lush jungles and vibrant coral reefs, these diverse and beautiful islands have it all.

Packed with surprising stories, the hidden gems of this tropical paradise are uncovered using stunning photography. Dramatic footage of the humpback whale heat run – the biggest courtship battle in the world – and intimate views of the world’s oldest known bird feeding its chick are just some of the highlights of what Hawaii has to offer.

The islands are so isolated that it used to be that one new species arrived every 100,000 years, but the arrival of people has radically changed the face of Hawaii. Now it gains around 20 new species every year. The remarkable Jackson’s chameleon is one of the animals recently introduced. Showing off its voracious appetite, the programme reveals how it is eating its way through the native animals and contributing to wiping them out entirely.

But this is a place where people are looking to the future and attempting to bring wildlife back from the brink of extinction. White terns, once extinct on the main islands of Hawaii, have gone from a single pair to over 2,000 birds in the last 60 years. It is a huge challenge, but people are seeking progressive new ways to live alongside nature to allow Hawaii’s wildlife to continue to thrive.

The humpback whale is a species of baleen whale. It is one of the larger rorqual species, with adults ranging in length from 12–16 m (39–52 ft) and weighing around 25–30 metric tons (28–33 short tons). The humpback has a distinctive body shape, with long pectoral fins and a knobbly head. It is known for breaching and other distinctive surface behaviors, making it popular with whale watchers. Males produce a complex song lasting 10 to 20 minutes, which they repeat for hours at a time. All the males in a group will produce the same song, which is different each season. Its purpose is not clear, though it may help induce estrus in females.

Found in oceans and seas around the world, humpback whales typically migrate up to 25,000 km (16,000 mi) each year. They feed in polar waters, and migrate to tropical or subtropical waters to breed and give birth, fasting and living off their fat reserves. Their diet consists mostly of krill and small fish. Humpbacks have a diverse repertoire of feeding methods, including the bubble net technique.

Like other large whales, the humpback was a target for the whaling industry. The species was once hunted to the brink of extinction; its population fell by an estimated 90% before a 1966 moratorium. While stocks have partially recovered to some 80,000 animals worldwide, entanglement in fishing gear, collisions with ships and noise pollution continue to affect the species.

Earth's Tropical Islands episode 3 - Hawaii: This is a journey across Hawaii’s varied islands, discovering how they were made and the incredible wildlife that thrives there.

A Park for All Seasons from Above episode 2