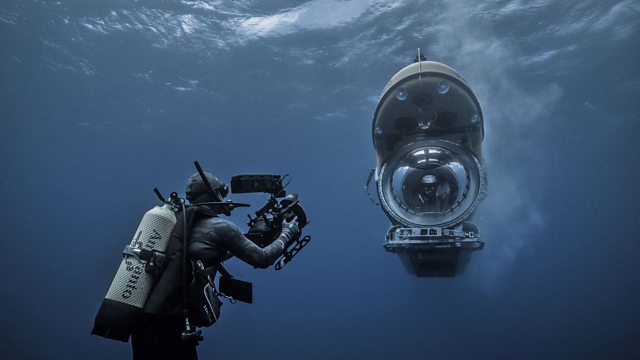 Part 3 : From Heaven to Hell

In the balmy tropical Atlantic, everything from dolphins, manatees and whale sharks to sunbathing jellyfish thrive in the Caribbean’s warm, sheltered waters, fringed with coral reefs and rich mangrove forests.

But extreme heat in Africa unleashes terrifying hurricanes, causing chaos across the region.

Part 2 : Mountains of the Deep

In the vast South Atlantic, huge pods of dolphins, massive penguin colonies and the largest gathering of marine mammals on earth pack chains of extraordinary islands, created by powerful volcanic forces far below them.
Nutrient-rich upwellings create profusions of life in some areas, whilst extreme isolation and abyssal depths host a world of bizarre creatures in others.

In the wild North Atlantic, massive whale pods, giant turtles and monstrous jellyfish ride the Gulf Stream, a huge ocean current that becomes a migration superhighway and helps warm northern Europe. Meanwhile, fishermen battle for survival in mountainous seas as they try to reap the current’s natural fertility. Powerful currents, fierce hurricanes and undersea volcanoes make the Atlantic incredibly rich in life, but only if you can survive its challenges.

In this landmark series, the BBC Natural History Unit explores a vast ocean that stretches nearly 10,000 miles, from Arctic to Antarctic and from sun-drenched tropical reefs to crushing abyssal depths. Narrator, Cillian Murphy reveals the amazing, surprising and resilient inhabitants of the Atlantic, both animals and people, as they pit themselves against the world’s wildest ocean.

In Atlantic The Wildest Ocean on Earth we explore a vast ocean that stretches nearly 10,000 miles, from Arctic to Antarctic.