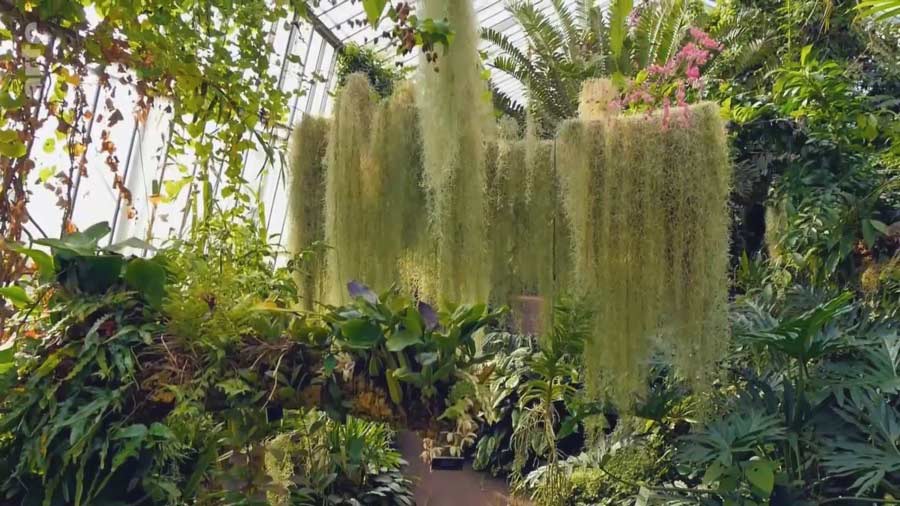 Gardens Near and Far episode 28: The Royal Botanical Garden Edinburgh was established in 1670, at the time of the British Empire’s major expeditions.

At the time, botanists travelled the world collecting plants, studying them, and presenting to the public, students and plant lovers.Up until the 16th century, the plants were used in treating disease or for food. Subsequently, they were collected for classification and study, and formed the foundations of botanical science.

The Royal Botanic Garden Edinburgh is a scientific centre for the study of plants, their diversity and conservation, as well as a popular tourist attraction. Founded in 1670 as a physic garden to grow medicinal plants, today it occupies four sites across Scotland—Edinburgh, Dawyck, Logan and Benmore—each with its own specialist collection. The RBGE’s living collection consists of more than 13,302 plant species, (34,422 accessions) whilst the herbarium contains in excess of 3 million preserved specimens.

The Royal Botanic Garden Edinburgh is an executive non-departmental public body of the Scottish Government. The Edinburgh site is the main garden and the headquarters of the public body, which is led by Regius Keeper, Simon Milne.

The Edinburgh botanic garden was founded in 1670 at St. Anne’s Yard, near Holyrood Palace, by Dr. Robert Sibbald and Dr. Andrew Balfour. It is the second oldest botanic garden in Britain after Oxford’s. The plant collection used as the basis of the garden was the private collection of Sir Patrick Murray, 2nd Lord Elibank, moved from his home at Livingston Peel in 1672 following his death in September 1671.

The original site was “obtained of John Brown, gardener of the North Yardes in the Holyrood Abby, ane inclosure of some 40 foot of measure every way. By what we procured from Levingstone and other gardens, we made a collection of eight or nine hundred plants yr.” This site proved too small, and in 1676 grounds belonging to Trinity Hospital were leased by Balfour from the City Council: this second garden was sited just to the east of the Nor Loch, down from the High Street.

Gardens Near and Far episode 28: The Royal Botanical Garden Edinburgh was established in 1670, at the time of the British Empire’s major expeditions.

The A to Z of TV Gardening – Letter Q