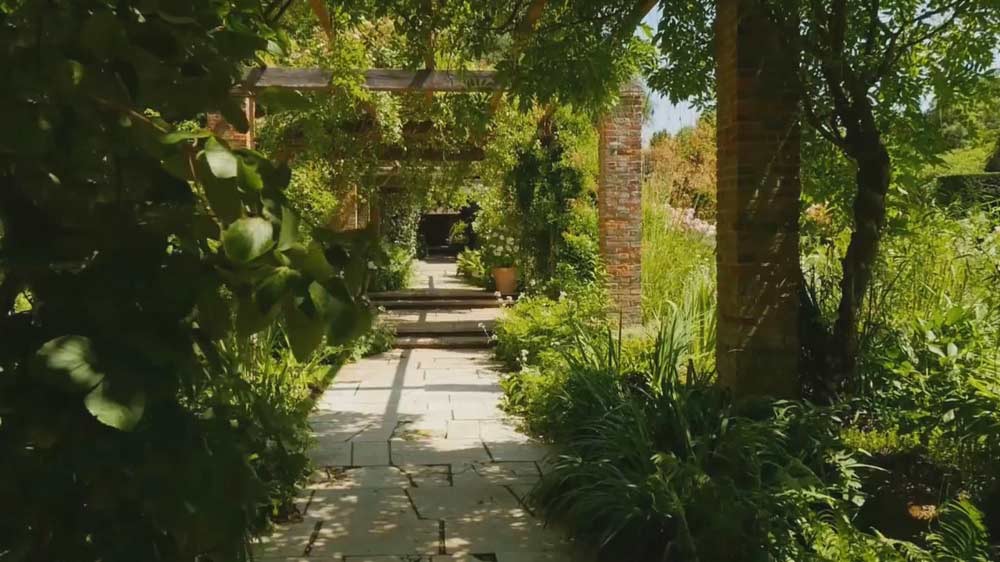 Gardens Near and Far ep. 6 – Bois des Moutiers: a garden located on the Normandy Coast, in the style of an English garden. Unique in France, it was designed by a renowned English landscaper and architect.

In the 19th century, Guillaume Mallet acquired a vast area of virgin land overlooking the sea. To landscape it, Mallet, who was a passionate amateur gardener, called upon the services of Gertrude Jekyll, one of the most famous English landscapers of the early 20th century. She developed the concept of a mixed border, flowerbeds in which all flowers are mixed, and which both divide up areas and create a series of flowered tableaux.

The Bois des Moutiers is located in Varengeville-sur-Mer, Normandy, France. This estate of 30 acres (0.12 km2) is well known for its rhododendrons, azaleas and magnolias, which were introduced and naturalized among local flora. The house and gardens, both dating from the turn of the 19th and 20th centuries, are a first-class example, unique in France, of the work of the famous English partnership of architect Edwin Lutyens and garden designer Gertrude Jekyll.

A large park overlooking the sea and formal gardens surrounding a manor house, where the original owner’s descendants still live, make up the Bois des Moutiers. The estate is listed as a historical monument and a Remarkable Garden of France.

In 1897, Guillaume Mallet became the owner of a large valley overlooking the sea. He acquired the site while it was still wild, and over almost forty years he took great care to create a large park. In 1898 he entrusted Edwin Lutyens, a young British architect, with the enlargement and renovation of his residence and Gertrude Jekyll, a celebrated English garden designer, with the garden arrangement. These two artists acted as one to create a unified work: “the house has been designed to look at the gardens and the gardens have been designed to be looked at from the house”.

Gardens Near and Far ep. 6 – Bois des Moutiers: a garden located on the Normandy Coast, in the style of an English garden.