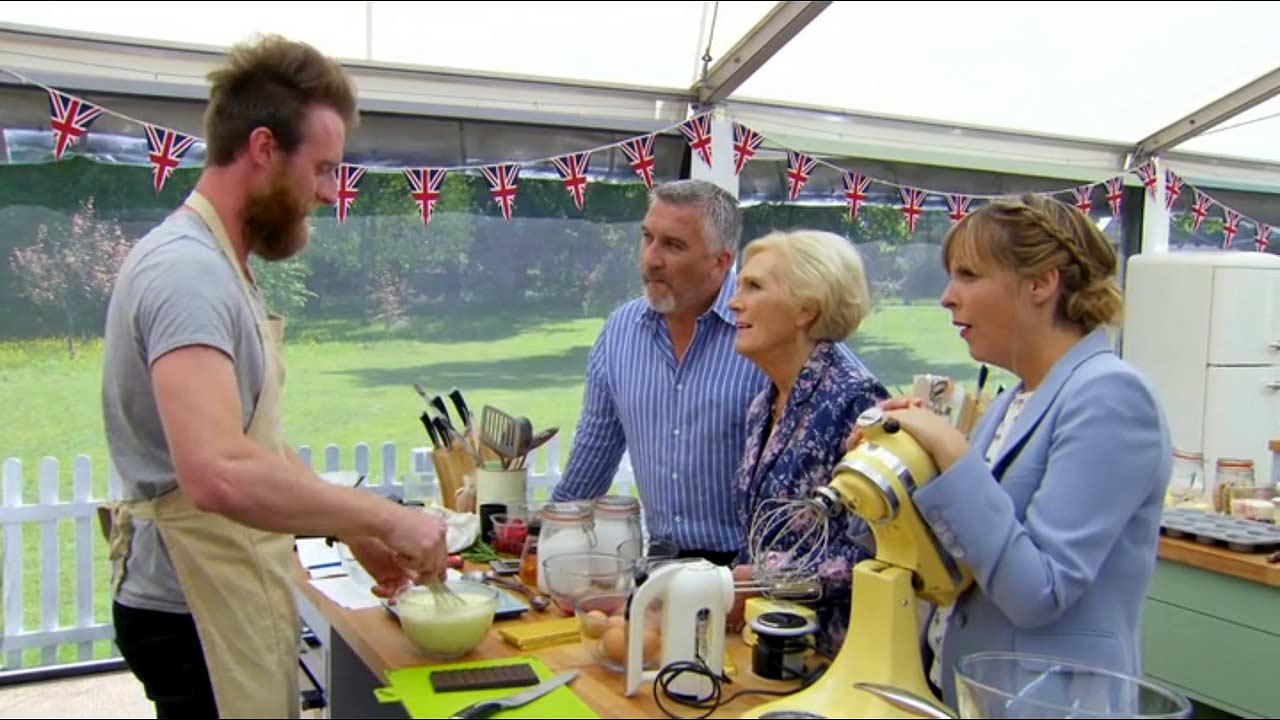 Great British Bake Off episode 4 2014 – Desserts Week: The competition stiffens like whipped peaks. For the Signature, bakers must create so-called “saucy puds” — delicate cakes hiding a gooey filling or saucy surprise at the bottom. In the Technical, bakers take on Mary’s tiramisu. In the Showstopper, they have to beat the odds and the heat to make the perfect baked Alaska. Meltdowns ensue.

Great British Bake Off episode 4 2014: The competition stiffens like whipped peaks. For the Signature, bakers must create “saucy puds”.