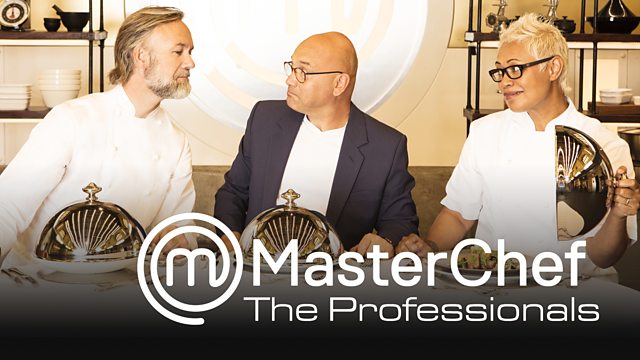 Knockout week continues on MasterChef episode 14: The Professionals. Chef Monica Galetti and Michelin-starred chef Marcus Wareing scrutinise the chefs’ every move in their bid to uncover the professional chef to crown culinary superstar of 2018.

Only ten outstanding chefs remain in the competition and they have been split into two groups of five. Tonight the first group are set two daunting challenges by Monica and Marcus, which test them further than any previous round.

For the first time, the professionals must show they can work together as a team to create a three-course fine-dining menu for special guests at Trinity House, a maritime charity that boasts over 500 years of service to sea farers, and an exclusive London residence. Trinity House has regularly hosted royals, prime ministers and admirality so the chefs have to strive to cook something spectacular.

Having proved themselves as individual chefs in the competition so far, this is a chance for the judges to watch first hand how the chefs work in a team. Who will shine through as a true creative? Who will step up in a leadership role, helping the team realise their collective creative vision?

Will anyone crumble under the real time pressure of playing as a team? The chefs have two and a half hours to design and cook three exceptional courses for the deputy master Ian McNaught and his five VIP guests, which include a former mayor of London and powerboat champion Shelly Jory Leigh. The dining menu must live up to their expectations and please the palate of these highflyers of the high seas.

Finally, the five chefs return to the MasterChef kitchen where they face the judges as individuals once more. They put their new-found loyalties behind them when they are once again pitted against each other for a place in the semi-finals. The chefs have 90 minutes to create a dish that is exceptional enough to jettison them into the penultimate week – the best they have cooked so far, in this make-or-break round.

The smallest slip could cost them their place in the competition and the stakes are high. Once Marcus, Monica and Gregg have tasted the show-stopping dishes, they will decide which four chefs will make it to the semi-finals and which chef will have to face the hard road home.