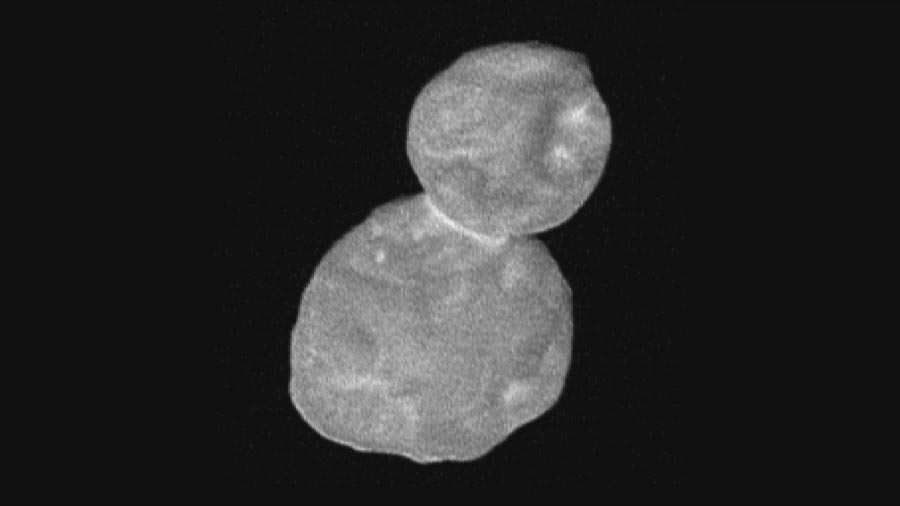 The Sky at Night – Beyond Pluto: On 1st January 2019, Nasa’s New Horizons probe notched up another historic first: the first ever Kuiper belt fly-by. Its target was 2014 MU69, a chunk of ice and rock about four billion miles (approximately 6.4 billion kilometres) from Earth, dubbed Ultima Thule, a Latin phrase meaning a distant, unknown region. It is the most distant fly-by in history, and it is believed the data New Horizons gathers will shed new light on the solar system’s early days. Chris Lintott reports from the John Hopkins Applied Physics Laboratory in Maryland to bring the latest news and pictures from this extraordinary mission.

The Sky at Night – Beyond Pluto

New Horizons is an interplanetary space probe that was launched as a part of NASA’s New Frontiers program. Engineered by the Johns Hopkins University Applied Physics Laboratory (APL) and the Southwest Research Institute (SwRI), with a team led by S. Alan Stern, the spacecraft was launched in 2006. The primary mission to perform a flyby study of the Pluto system in 2015, and a secondary mission to fly by and study one or more other Kuiper belt objects (KBOs) in the decade to follow, which as of 2019 includes 2014 MU69. It is the fifth space probe to achieve the escape velocity needed to leave the Solar System.

Ultima Thule, is a trans-Neptunian object located in the Kuiper belt. It is a contact binary 31 km long, composed of two joined bodies 19 km and 14 km across that are nicknamed “Ultima” and “Thule”, respectively. With an orbital period of 298 years and a low inclination and eccentricity, it is classified as a classical Kuiper belt object. With the New Horizons space probe’s flyby on 1 January 2019 (UTC time), Thule became the farthest object in the Solar System visited by a spacecraft, and is believed to be the most primitive, both bodies being planetesimal aggregates of much smaller building blocks.

Thule was discovered on 26 June 2014 by astronomers using the Hubble Space Telescope as part of a search for a Kuiper belt object for the New Horizons mission to target in its first extended mission; it was chosen over two other candidates to become the primary target of the mission. Its nickname, a Greco-Latin term for a place beyond the known world, was chosen as part of a public competition in 2018. The New Horizons team plans to submit a proper name to the International Astronomical Union when the nature of the object is better known.

Title
The Sky at Night - Beyond Pluto
Description

The Sky at Night - Beyond Pluto: On 1st January 2019, Nasa's New Horizons probe notched up another historic first: the first ever Kuiper belt fly-by.

Rise of the Rockets

Mass Extinction: Life at the Brink