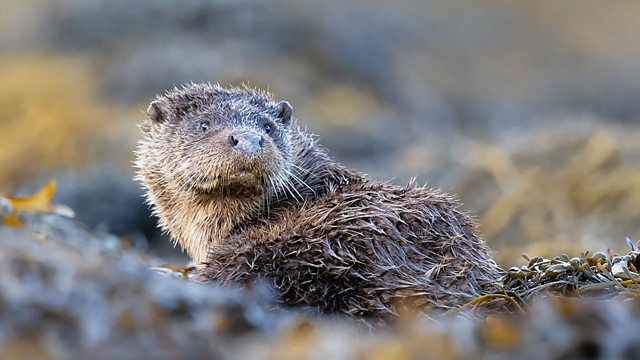 Meanwhile, Megan McCubbin has her eyes set on exploring Coquet Island, a seabird sanctuary just off the coastline of north east England that is home to roseate terns, puffins and much more.

The roseate tern (Sterna dougallii) is a tern in the family Laridae. The genus name Sterna is derived from Old English “stearn”, “tern”, and the specific dougallii refers to Scottish physician and collector Dr Peter McDougall (1777–1814). “Roseate” refers to the bird’s pink breast in breeding plumage.

This is a small-medium tern, 33–36 cm (13–14 in) long with a 67–76 cm (26–30 in) wingspan, which can be confused with the common tern, Arctic tern, and the larger, but similarly plumaged, Sandwich tern. The roseate tern’s thin sharp bill is black, with a red base which develops through the breeding season, and is more extensive in the tropical and southern hemisphere races. It is shorter-winged and has faster wing beats than common or Arctic tern. The upper wings are pale grey and its under parts white, and this tern looks very pale in flight, like a small Sandwich tern, although the outermost primary flight feathers darken during the summer. The adults have very long, flexible tail streamers and orange-red legs. In summer, the underparts of adults take on the pinkish tinge which gives this bird its name.