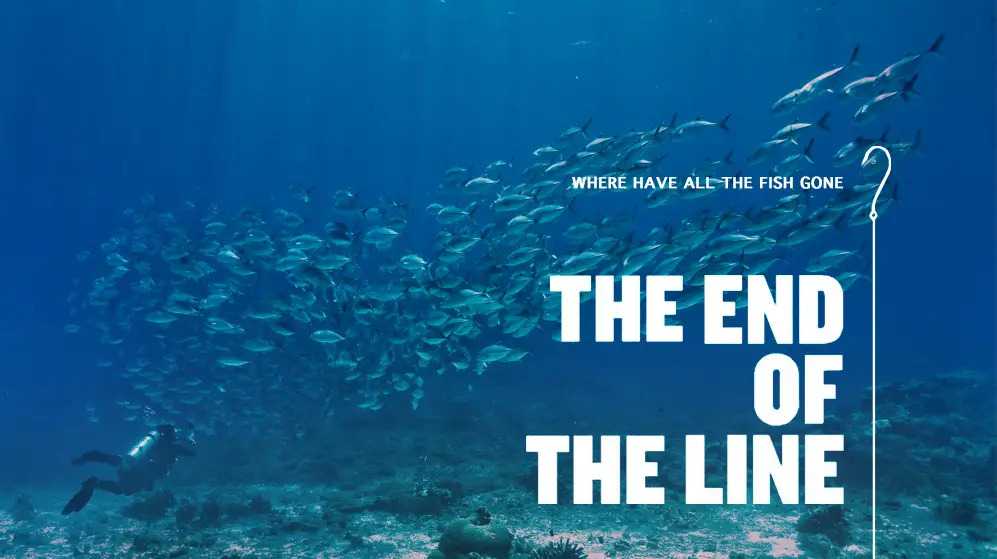 The End of the Line: As the world’s demand for fish and other seafood increases and the technology available to commercial fisherman becomes more sophisticated, the annual harvest from global seaports has grown tremendously in recent years. However, the rise of industrialised fishing has not come without consequences, and many environmentalists and oceanographers believe that the current demand for fish and the methods used to fulfill it are taking an irreparable toll on the world’s oceans, with some speculating that the seas could be literally fished-out by 2048 if current trends do not change.

Filmmaker Rupert Murray offers an in-depth look at the crisis in the world’s oceans in the documentary THE END OF THE LINE, in which experts discuss some of the key factors behind the looming shortage -increased demand for endangered species, irresponsible methods employed by major fishing lines, lax enforcement of current regulations – and what can be done to head off the famine before it’s too late.

The End of the Line: How Overfishing Is Changing the World and What We Eat is a book by journalist Charles Clover about over-fishing. Clover, a former environment editor of the Daily Telegraph (London) and now a columnist on the Sunday Times (London), describes how modern fishing is destroying ocean ecosystems. He concludes that current worldwide fish consumption is unsustainable. Book provides details about overfishing in many of the world’s critical ocean habitats, such as the New England fishing grounds, west African coastlines, the European North Atlantic fishing grounds, and the ocean around Japan. The book concludes with suggestions on how the nations of the world could engage in sustainable ocean fishing.

The book was made into a documentary film of the same name in 2009. The film examines the threatening extinction of the bluefin tuna, caused by increasing demand for sushi; the impact on populations, marine life and climate resulting from an imbalance in marine populations; and the starvation and hunger in coastal populations, caused by the possible extinction of fish in some waters, the possible loss of livelihoods as experienced in Newfoundland following the collapse of the cod population, along with the potential remedies.

Title
The End of the Line
Description

Nature and Us – A History through Art episode 2