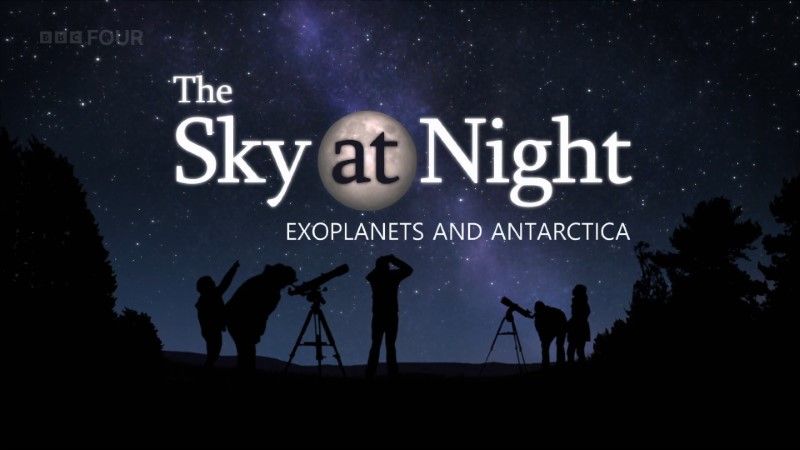 The Sky at Night - Exoplanets and Antarctica

The Sky at Night – Exoplanets and Antarctica: In a month when the tally of confirmed exoplanets passed 5,000, it’s astonishing to remember that just 30 years ago, the notion of planets outside our own solar system was, well – just a notion. Since the first extrasolar planet was discovered in 1992, a staggering array of other worlds have been identified, including many in solar systems quite unlike our own.

Professor Amaury Triaud (University of Birmingham) studies binary systems – two stars locked in mutual orbit – and the planets that have been found orbiting them. Recently, Professor Triaud was the lead author on a paper describing how we might find many more planets in these solar systems with two suns – places often compared to Star Wars’ planet Tatooine.

Most exoplanets have been discovered using the transit method, where a dip in a star’s luminance is recorded as a planet is observed ‘in transit’, ie passing across the star’s face. Thousands of transits have been observed using Nasa’s Keppler space telescope – the exoplanet discovery equivalent of a fishing trawler, hoovering up its quarry on an industrial scale. But while the transit method is an excellent way of discovering exoplanets, it comes with a serious drawback: the transit must be observed. In other words, the orbit of the planet, its star and the observing telescope must all be aligned in just the right place at just the right time. And in the three-dimensional vastness of space, that comes down to luck.

In binary systems, this eventuality requires even more good fortune. So, Professor Triaud and his team have been using a detection method known as the radial velocity technique. Trickier to pull off, but not reliant on happenstance. The premise of the radial velocity method is that orbiting systems are held together by gravity and will affect each other’s orbits. While a planet is held in place by its star’s gravitational field, the planet’s gravity in turn will also pull at the star, causing its path to deviate. This deviation is tiny, but critically it is measurable. The careful analysis of the degree to which a star ‘wobbles’ will tell you all about its orbiting planets.

For the first time, Professor Triaud has shown that this effect can be measured in complex binary systems using telescopes on Earth. It’s an exciting development. Many more new worlds can be discovered without the need for costly space telescopes and the luck of being aligned ‘just so’ to catch a transit.

The Sky at Night – Exoplanets and Antarctica

The hunt for exoplanets is a major scientific endeavour, not only because it might provide answers to the question of life emerging in other parts of the universe, but also because it also gives us clues as to how planet formation occurs and solar systems emerge. However, it is a high precision game, and the locations for the specialist kit required are rarely the most hospitable.

Professor Triaud’s PhD student Georgina (‘George’) Dransfield recently travelled to Antarctica to work on upgrading the exoplanet hunting telescope Astep at the French Antarctic base, Concordia. George filmed the trip for us and explained to Maggie (who also has experience building telescopes in extreme locations) what the trip involved. Concordia sits 3,200m above sea level, where the atmosphere is dry and thin, making it as near to having a space telescope on Earth as possible. This, combined with the Antarctic winter giving three months of uninterrupted night sky, means it’s a no brainer as a location for a research telescope. Except, of course, its location is one of the most extreme on Earth! George and the team were there to move the telescope to a better, bigger dome, and upgrade its camera to a two-colour receiver rather than the original ‘black-and-white’ version. George was also responsible for designing and installing more advanced data handling techniques for the image-processing system.

All this would be hard enough at the best of times, but the Antarctic climate makes things a lot more challenging. ‘As soon as you step outside, the inside of your nose ices up,’ remembers George, ‘and you know, it sounds ridiculous, but I just wasn’t expecting how cold it would be!’

Back in Birmingham, George is now using the uprated system in her PhD work, and is even nostalgic for Antarctica. ‘If you’d asked me at the time if I wanted to go back, I’d have probably said no,’ she confides, ‘but now, yeah, I’d definitely go back if I had the chance again!’ And if she doesn’t get that chance, there’ll be a permanent reminder of the trip – in the form of a new tattoo!

Also, in an update to last year’s programme about Jupiter, Jonny Nichols (University of Leicester) tells us how the mystery of the gas giant’s aurora has nearly been solved. ‘When I saw the data come in, I nearly fell off my chair,’ he tells Maggie. And, following a lockdown boom in telescope sales, viewer Stacey Downton from Longbridge shows us her telescopes and explains her passion for astrophotography.

Title
The Sky at Night - Exoplanets and Antarctica
Description

The Sky at Night - Exoplanets and Antarctica: In a month when the tally of confirmed exoplanets passed 5,000, it's astonishing to remember that just 30 years ago