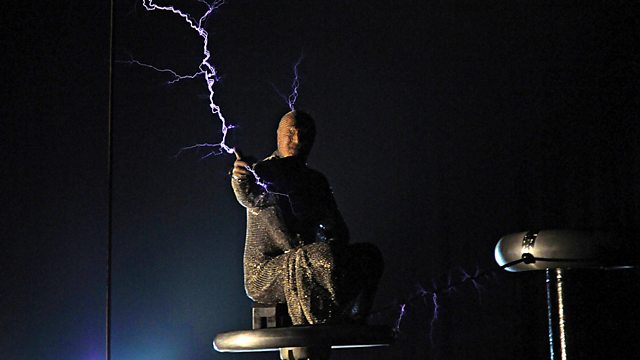 The Story of Electricity episode 1 - Spark

The Story of Electricity episode 1 – Spark: Professor Jim Al-Khalili tells the electrifying story of our quest to master nature’s most mysterious force – electricity. Until fairly recently, electricity was seen as a magical power, but it is now the lifeblood of the modern world and underpins every aspect of our technological advancements.

Without electricity, we would be lost. This series tells of dazzling leaps of imagination and extraordinary experiments – a story of maverick geniuses who used electricity to light our cities, to communicate across the seas and through the air, to create modern industry and to give us the digital revolution.

Episode one tells the story of the very first ‘natural philosophers’ who started to unlock the mysteries of electricity. They studied its curious link to life, built strange and powerful instruments to create it and even tamed lightning itself. It was these men who truly laid the foundations of the modern world. Electricity was without doubt a fantastical wonder. This is the story about what happened when the first real concerted effort was made to understand electricity – how we learned to create and store it, before finally creating something that enabled us to make it at will – the battery.

The Story of Electricity episode 1 – Spark

When a charge is placed in a location with a non-zero electric field, a force will act on it. The magnitude of this force is given by Coulomb’s law. If the charge moves, the electric field would be doing work on the electric charge. Thus we can speak of electric potential at a certain point in space, which is equal to the work done by an external agent in carrying a unit of positive charge from an arbitrarily chosen reference point to that point without any acceleration and is typically measured in volts.

The Story of Electricity episode 1 - Spark: Jim Al-Khalili tells the story of our quest to master nature's most mysterious force - electricity