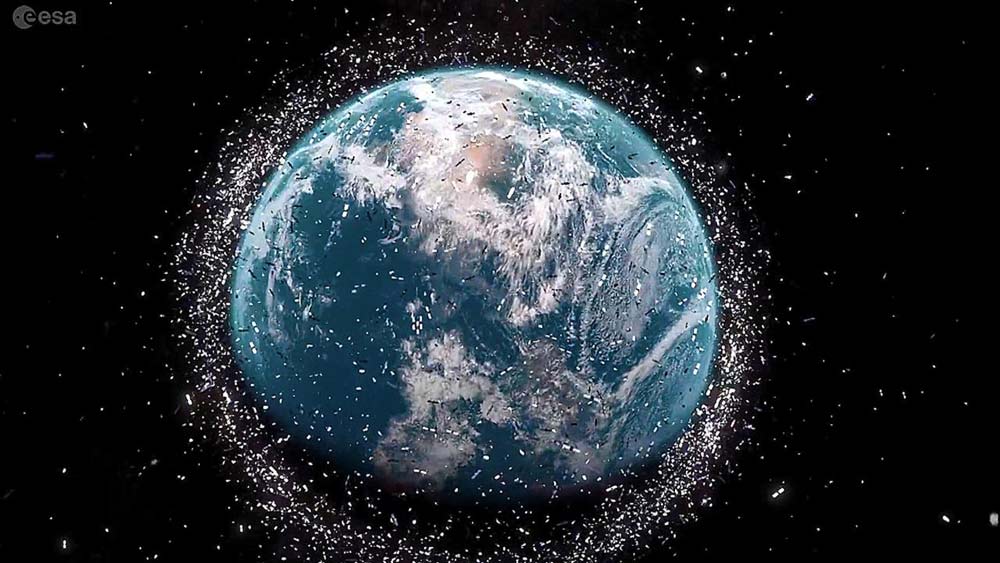 The Trouble with Space Junk: In 2018, the International Space Station had to move three times to avoid lethal chunks of space debris and there is an increasing problem of satellites mysteriously breaking down.

With first-hand accounts from astronauts and experts, Horizon reveals the scale of the problem of space junk. Our planet is surrounded by hundreds of millions of pieces of junk moving at 17,000 miles per hour. Now the US government is investing a billion dollars to track them, and companies around the world are developing ways to clear up their mess – from robot arms to nets and harpoons. Horizon investigates the science behind the hit film Gravity and discovers the reality is far more worrying than the Hollywood fiction.

Initially, the term space debris referred to the natural debris found in the Solar System: asteroids, comets, and meteoroids. However, with the 1979 beginning of the NASA Orbital Debris Program, the term also refers to the debris (alt. space waste or space garbage) from the mass of defunct, artificially created objects in space, especially Earth orbit. These include old satellites and spent rocket stages, as well as the fragments from their disintegration and collisions.

As of 5 July 2016, the United States Strategic Command tracked a total of 17,852 artificial objects in orbit above the Earth, including 1,419 operational satellites. However, these are just objects large enough to be tracked. As of January 2019, more than 128 million bits of debris smaller than 1 cm, about 900,000 pieces of debris 1–10 cm, and around 34,000 of pieces larger than 10 cm were estimated to be in orbit around the Earth.Collisions with debris have become a hazard to spacecraft; they cause damage akin to sandblasting, especially to solar panels and optics like telescopes or star trackers that cannot be covered with a ballistic Whipple shield (unless it is transparent).

The Trouble with Space Junk: In 2018, the International Space Station had to move three times to avoid lethal chunks of space debris