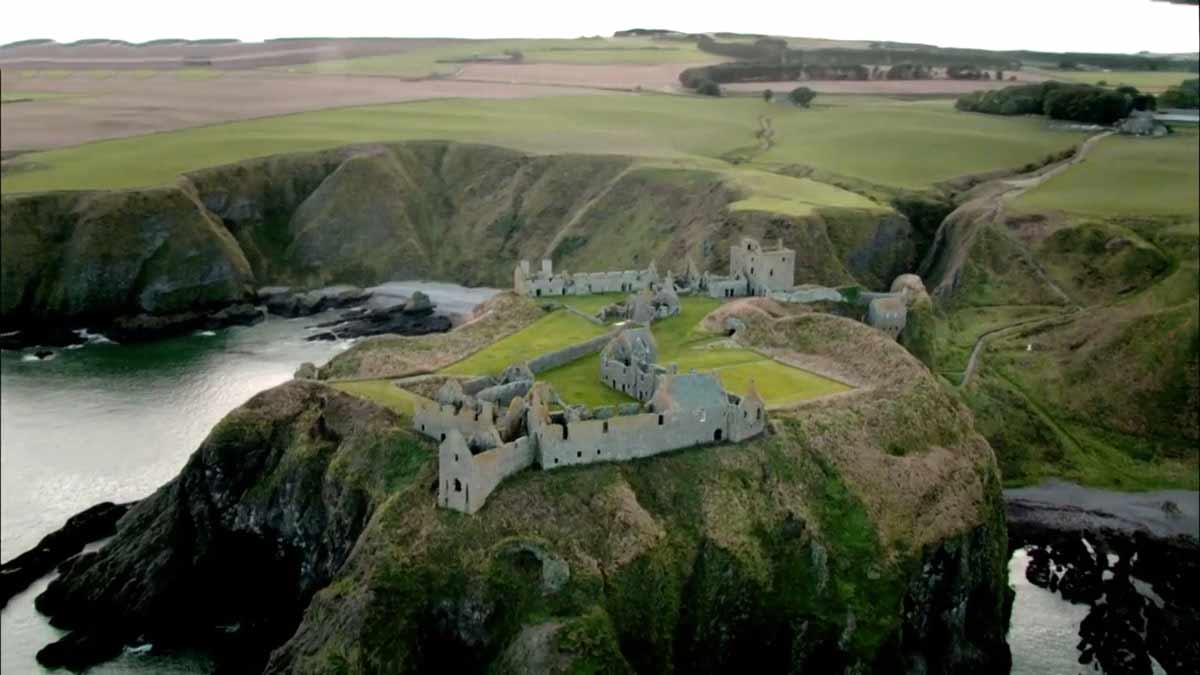 A History of Scotland episode 1 - The Last of the Free

A History of Scotland episode 1 – The Last of the Free: Archaeologist, broadcaster and writer Neil Oliver charts the birth and growth of the Scottish nation in a comprehensive series.

Over 10 episodes, Oliver presents the best of Scotland’s varied landscapes, iconic landmarks, monuments and historic architecture — all shot in high definition — picking up on the richness of the country’s heritage as well as its major characters and influences. The series begins with how the Gaelic Scottish Kingdom was born in the ninth century and moves on to episodes detailing the infamous Highland/Lowland divide, the Covenanters, the formation of Great Britain, the 19th-century industrial revolution and the economic decline in the 20th century.

At the dawn of the first millennium, there was no Scotland or England. In the first episode Oliver reveals the mystery of how the Gaelic Scottish Kingdom – Alba – was born, and why its role in one of the greatest battles ever fought on British soil defined the shape of Britain in the modern era.

The Kingdom of Alba refers to the Kingdom of Scotland between the deaths of Donald II (Domnall mac Causantin) in 900 and of Alexander III in 1286, which then led indirectly to the Scottish Wars of Independence. The name is one of convenience, as throughout this period the elite and populace of the Kingdom were predominantly Pictish-Gaels or later Pictish-Gaels and Scoto-Norman, and differs markedly from the period of the Stuarts, in which the elite of the kingdom were (for the most part) speakers of Middle English, which later evolved and came to be called Lowland Scots.

There is no precise Gaelic equivalent for the English terminology “Kingdom of Alba”, as the Gaelic term Rìoghachd na h-Alba means ‘Kingdom of Scotland’. English-speaking scholars adapted the Gaelic name for Scotland to apply to a particular political period in Scottish history during the High Middle Ages.

A History of Scotland episode 1 - The Last of the Free: Archaeologist, broadcaster and writer Neil Oliver charts the birth and growth of the Scottish nation in a comprehensive series.