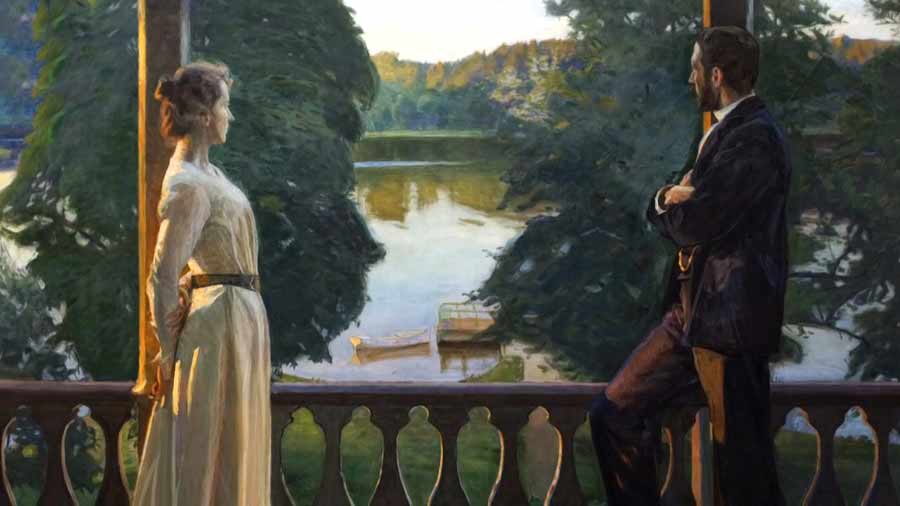 Art of Scandinavia episode 1 - Dark Night of the Soul

Art of Scandinavia episode 1 – Dark Night of the Soul: Scandinavia – a land of extremes, on the edge of Europe.

Andrew Graham-Dixon explores the extraordinary art to come out of the dark Norwegian soul, most famous for producing The Scream by Edvard Munch.

Art of Scandinavia episode 1 – Dark Night of the Soul

Edvard Munch 12 December 1863 – 23 January 1944) was a Norwegian painter. His best known work, The Scream, has become one of the most iconic images of world art.

His childhood was overshadowed by illness, bereavement and the dread of inheriting a mental condition that ran in the family. Studying at the Royal School of Art and Design in Kristiania (today’s Oslo), Munch began to live a bohemian life under the influence of nihilist Hans Jæger, who urged him to paint his own emotional and psychological state (‘soul painting’). From this emerged his distinctive style.

Travel brought new influences and outlets. In Paris, he learned much from Paul Gauguin, Vincent van Gogh and Henri de Toulouse-Lautrec, especially their use of colour. In Berlin, he met Swedish dramatist August Strindberg, whom he painted, as he embarked on his major canon The Frieze of Life, depicting a series of deeply-felt themes such as love, anxiety, jealousy and betrayal, steeped in atmosphere.

The Scream was conceived in Kristiania. According to Munch, he was out walking at sunset, when he ‘heard the enormous, infinite scream of nature’. The painting’s agonised face is widely identified with the angst of the modern person. Between 1893 and 1910, he made two painted versions and two in pastels, as well as a number of prints. One of the pastels would eventually command the fourth highest nominal price paid for a painting at auction.

The Scream is the popular name given to a composition created by Norwegian Expressionist artist Edvard Munch in 1893. The original German title given by Munch to his work was Der Schrei der Natur (The Scream of Nature), and the Norwegian title is Skrik (Shriek). The agonised face in the painting has become one of the most iconic images of art, seen as symbolising the anxiety of the human condition.

Munch recalled that he had been out for a walk at sunset when suddenly the setting sunlight turned the clouds “a blood red”. He sensed an ‘infinite scream passing through nature’. Scholars have located the spot to a fjord overlooking Oslo, and have suggested other explanations for the unnaturally orange sky, ranging from the effects of a volcanic eruption to a psychological reaction by Munch to his sister’s commitment at a nearby lunatic asylum.

Art of Scandinavia episode 1 - Dark Night of the Soul: Andrew Graham-Dixon explores the extraordinary art to come out of the dark Norwegian soul.

The Taking of Christ