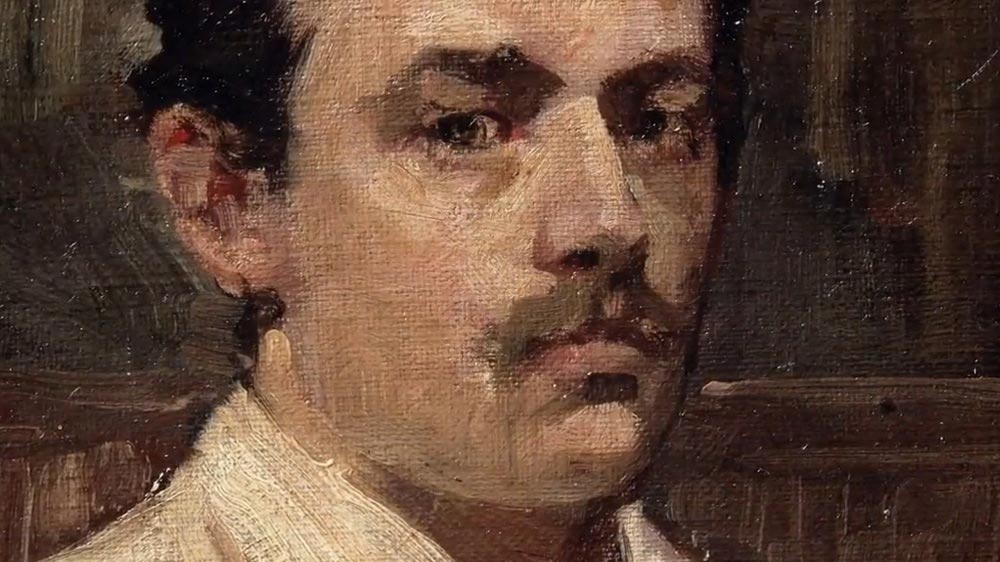 Artist, John Peter Russell (1858-1930), was considered locally at home in his day as being handsome, independently wealthy through an inheritance, as well as decidedly debonair. He joined the ranks of those both local and from afar, who travelled overseas to steep themselves not only in the artistic atmosphere of Europe and England, but also in their traditions. He was seeking an adventure through art, only to discover so much more.

John Russell became one of the great impressionist painters of his time. Enrolling at the Slade School of Fine Art in London first, he spent 4 years studying before leaving for Paris where he spent seven years. Then he broke with routine, travelling to Spain and Sicily with lifelong friends painter Tom Roberts and Bohemian Melbourne politician and humanitarian, Dr William Maloney.

Returning to Paris he was eager to once again experience the newest cosmopolitan delights of the city he loved. Paris saw itself as one of the most ‘romantic’ cities in the world during the second half of the nineteenth century. It is the place where artists were thinking way beyond formal boundaries and rules of formal art academies. Admired and winning their trust, John Russell travelled in a rarified art circle, becoming friends with some of France’s most famous and formidable French artists of his time, including painters Vincent van Gogh, Claude Monet and sculptor Auguste Rodin.

John Russell is also known to have taught colour theory and considerations to France’s acclaimed painter Henri Matisse. Paintings during his time did not really represent, or even strive to represent, the world as it appeared, as their artists provided an impression of the beauty that surrounds us. Viewers of works by John Russell or any of his peers, were left to plumb the depths of their own soul to arrive at an interpretation of the image that confronted them.