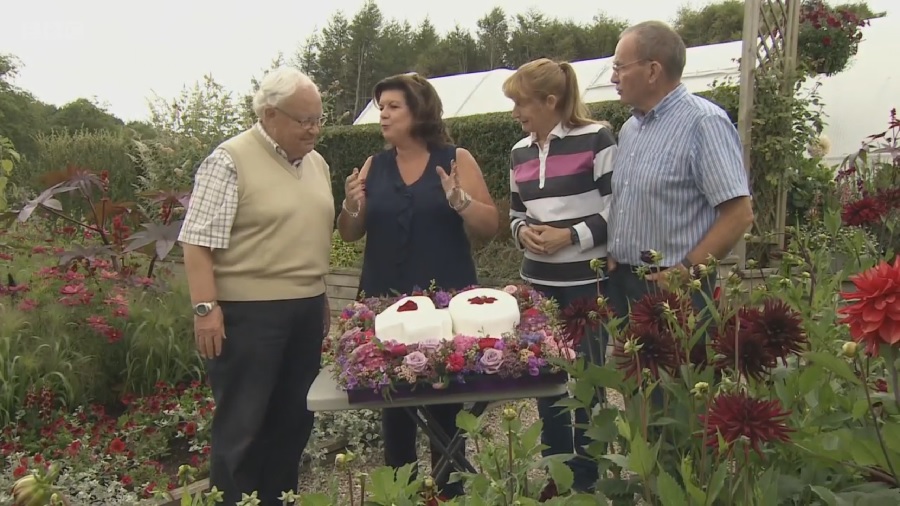 Tomatoes are Scotland’s favourite fruit to grow at home, and this week in the Beechgrove Garden, George and Carole taste-test a range of tumbling toms. George is in Lockerbie with Sue and Barrie Walters, who recently moved into their arts and crafts home. The garden is sadly overgrown, and Sue would like help to tame it but keep it true to the arts and crafts style.

Carole turns a negative into a positive as she takes a look around the garden to see what’s thriving through drought conditions.

It was all about new varieties (to Beechgrove) of tomatoes this week for Carole in the Keder polytunnel and a recent survey of 1,009 UK homeowners carried out by a household appliances retailer, revealed that more than half (52%) of Brits have grown their own fruit or vegetables in their garden. Tomatoes were the most popular homegrown food, as almost 87% of those who have harvested their own fruit or veg said they have enjoyed these from their own vegetable patch.

Carole was catching up with the crops in the Vegetable Polytunnels. The first polytunnel had been planted with pumpkins and squash. Squash ‘Potimarron’ with bright orange flesh is
said to be sweet to the taste. Pumpkin ‘Goosebumps’ was not a looker with its warty skin but it is starting to colour up. It should be a good one for Halloween. The mini Pumpkin ‘Baby Bear’ is starting to turn orange. It is a sweet tasting variety for roasting in the oven.

We also have the same varieties growing outside in a bed for comparison. Normally they do not do so well outside at Beechgrove, but this summer’s weather has produced a good crop which is doing well. Also, outside in a bed were strawberries which Jim had planted earlier in the series. The foliage was looking healthy and green but unfortunately a red squirrel has eaten all the fruits so there will be no taste test this year. The gardeners are busy trying to devise a squirrel proof method of netting these strawberries for next year.

Carole turns a negative into a positive as she takes a look around the garden to see what's thriving through drought conditions.