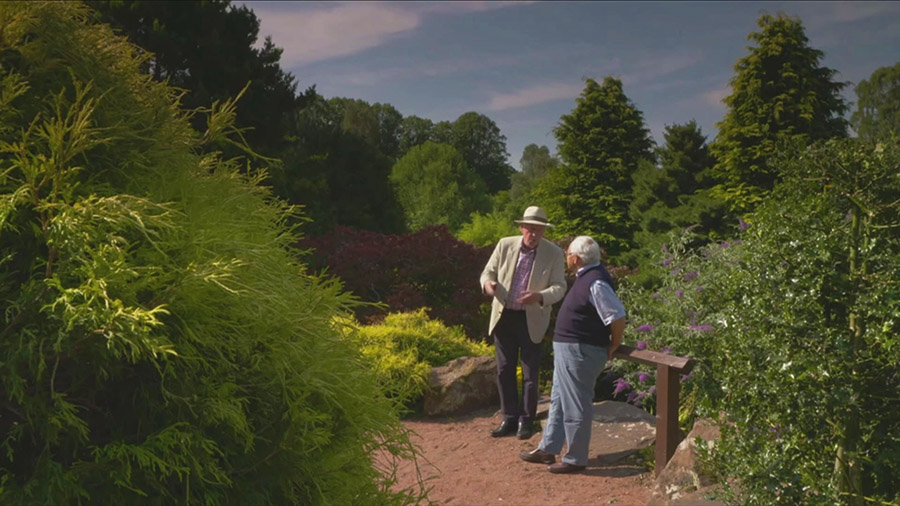 The Beechgrove team is on the road to Dumfries, where Jim, George and Chris discover the origins of horticultural therapy. They also take in the extraordinary rock garden on the Crichton Estate, which was designed and built in the 1920s, as well as visiting a tiny but packed bedding plant garden in nearby Collin.

Jim, George and Chris also host a Beechgrove Gardener’s Question Time in Dumfries’s magnificent Easterbrooke Hall and answer as many questions from the good gardeners of Dumfries as they can.

The Beechgrove Garden episode 15 2018 comes this week from Dumfries, the largest town in South West Scotland. Dumfries (and its football team) is known as, Queen of the South, a phrase coined by local poet and politician, David Dunbar in the mid 1800s. The locals are known as ‘Doonhamers’. In 2017, Dumfries was voted the happiest place to live in Scotland. Chris reckoned that might be due to it being the hottest (and possibly wettest) region in Scotland too.

The climate here is mild, and generally warm and temperate but there is a good deal of rainfall in Dumfries, even in the driest month. From 2 July 1908 the town held the record for the highest temperature reading in Scotland, until being beaten just this year with record temperatures all round. This climate does make it ideal conditions for growing grass for dairy cattle,  maize, wheat and oats.

The initial plants and seedlings for the garden were donated by the Board of Directors from their own private collections. Nearly 100 years later and it still looks stunning. The garden is full of features, rock formations, and paths that wind around the garden to discover but also some really note worthy plants. When Robin first came to the Crichton 16 years ago, the rock garden needed a lot of work done to it as no rocks could be seen it being covered with huge Cotoneasters which had to be removed to create new planting pockets for choice plants. 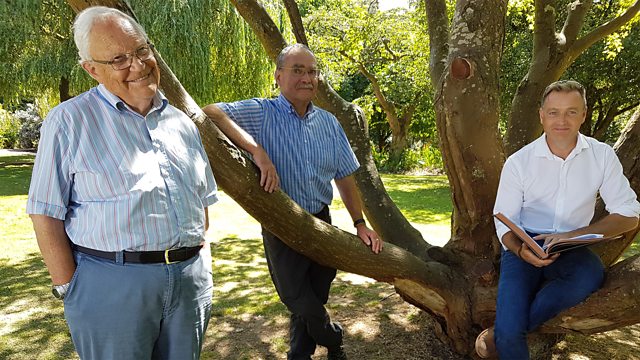 The Beechgrove Garden episode 15 2018 comes this week from Dumfries, the largest town in South West Scotland.