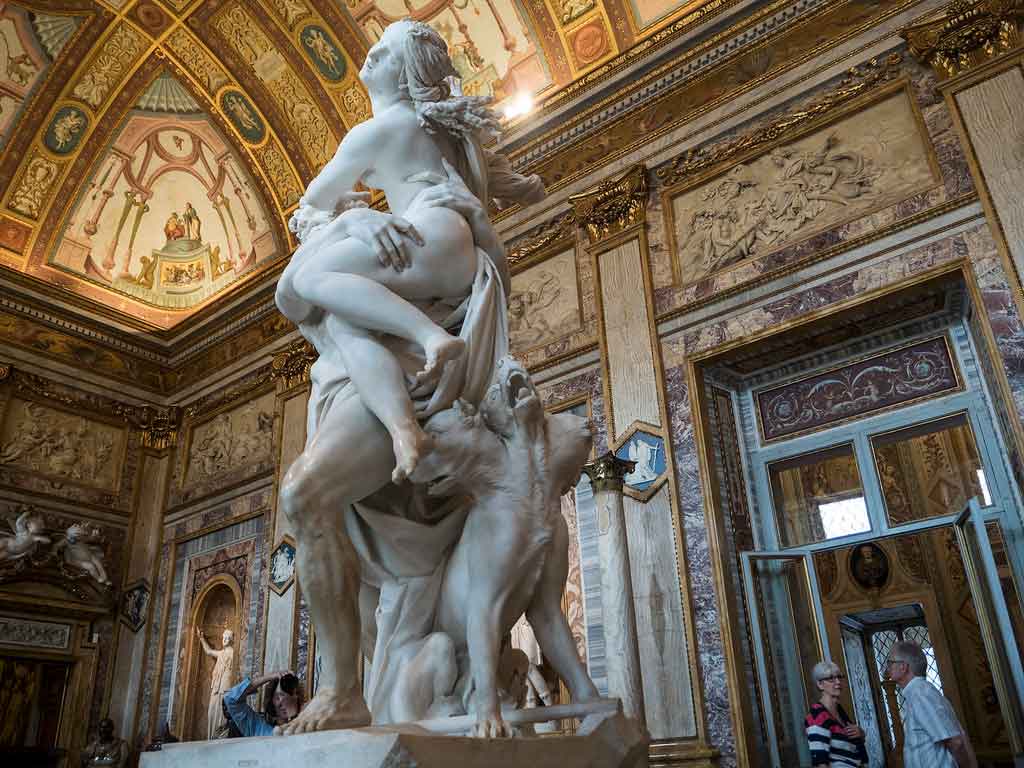 Civilisation episode 7 – Grandeur and Obedience: Sir Kenneth Clark presents one of the classic episodes of his history of the civilised culture of the western world. He examines the Catholic world in the 16th Century, especially the city of Rome which blossomed architecturally and sculpturally during the Counter Reformation under the hands of the baroque artist Bernini. This programme features the celebrated and stunning tracking shot through Raphael’s Loggia.

The Counter-Reformation, also called the Catholic Reformation or the Catholic Revival, was the period of Catholic resurgence that was initiated in response to the Protestant Reformation. It began with the Council of Trent (1545–1563) and largely ended with the 1781 Patent of Toleration, although smaller expulsions of Protestants continued into the 19th century.

Initiated to preserve the power, influence and material wealth enjoyed by the Catholic Church and to present a theological and material challenge to Reformation, the Counter-Reformation was a comprehensive effort composed of apologetic and polemical documents, ecclesiastical reconfiguration as decreed by the Council of Trent, a series of wars, political maneuvering including the efforts of Imperial Diets of the Holy Roman Empire, exiling of Protestant populations, confiscation of Protestant children for Catholic institutionalized upbringing, heresy trials and the Inquisition, anti-corruption efforts, spiritual movements, and the founding of new religious orders.

Gian Lorenzo Bernini was an Italian sculptor and architect. While a major figure in the world of architecture, he was, also and even more prominently, the leading sculptor of his age, credited with creating the Baroque style of sculpture. As one scholar has commented, “What Shakespeare is to drama, Bernini may be to sculpture: the first pan-European sculptor whose name is instantaneously identifiable with a particular manner and vision, and whose influence was inordinately powerful….” In addition, he was a painter (mostly small canvases in oil) and a man of the theater: he wrote, directed and acted in plays (mostly Carnival satires), for which he designed stage sets and theatrical machinery. He produced designs as well for a wide variety of decorative art objects including lamps, tables, mirrors, and even coaches.

Civilisation episode 7 - Grandeur and Obedience: Sir Kenneth Clark presents one of the classic episodes of his history of the civilised culture of the western world.