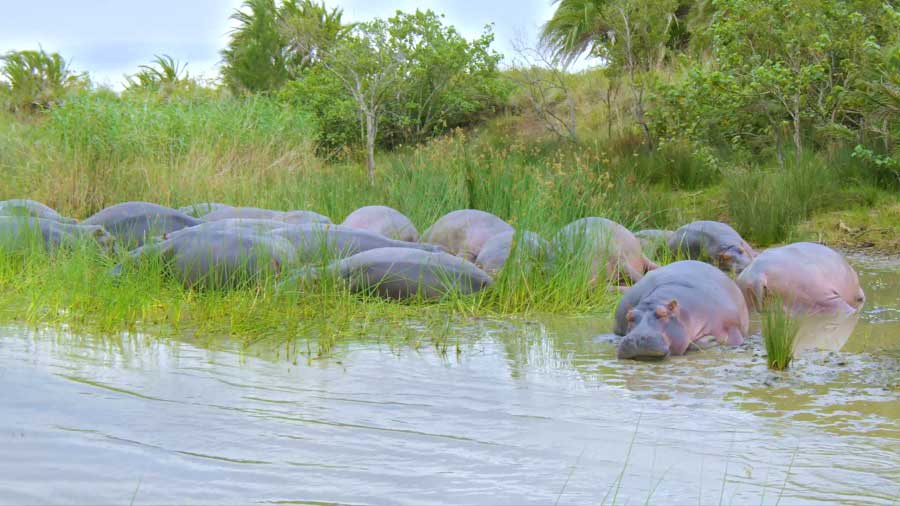 Great Parks of Africa episode 3: The name iSimangaliso means “Miracle” in Zulu–and the sheer number of species sustained by this diverse haven live up to this name. Explore this rare sanctuary, home to some of the world’s most striking and iconic creatures, including the black rhino and the giant leatherback turtle.

iSimangaliso Wetland Park (previously known as the Greater St. Lucia Wetland Park) is situated on the east coast of KwaZulu-Natal, South Africa, about 275 kilometres north of Durban. It is South Africa’s third-largest protected area, spanning 280 km of coastline, from the Mozambican border in the north to Mapelane south of the Lake St. Lucia estuary, and made up of around 3,280 km2 of natural ecosystems, managed by the iSimangaliso Authority.

The Swiss Missionary, Reverend Henri Alexandra Junod (Known as HA Junod), conducted a scientific and ethnographic study of the Tsonga people during the early 1890s and produced a detailed map, showing the occupation of the bay by the Tsonga Tembe people. The Swiss Missionary, Rev Junod, illustrated in his detailed map that the area was known as Tembeland and that the Tembe capital city was located in the St Lucia bay.

Great Parks of Africa episode 3: The name iSimangaliso means "Miracle" in Zulu--and the sheer number of species sustained by this diverse haven live up to this name.