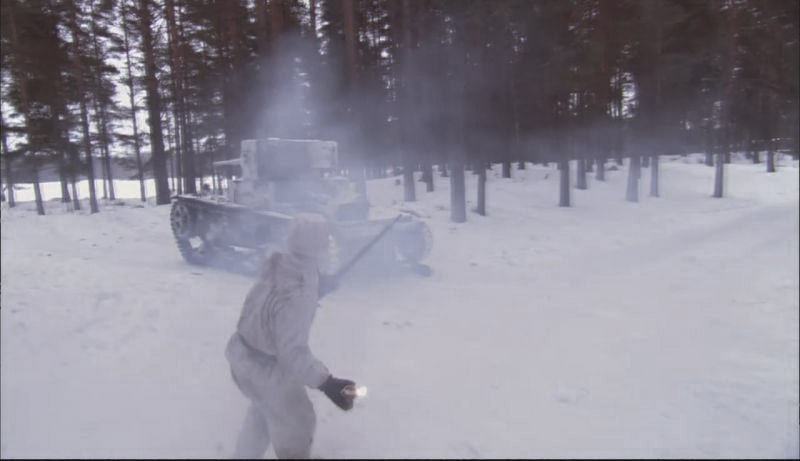 The Winter War of Finland and Russia: In November 1939, when Finland was invaded by the Soviet Union, no one expected that this tiny nation could resist the largest military force in the world. And no one anticipated that 1939 would be one of the coldest winters in recorded history, what historians have called a frozen hell.

This high-definition documentary film features authentic re-enactments of the Soviet Union‘s invasion of Finland and Finland’s spirited 105-day defense in a “frozen hell”. Beginning with the aerial bombardment of Helsinki, fires rage in the city and dazed citizens run for their lives. Poorly equipped Finnish troops face a massive Red Army attack almost three times larger than the Allied landing at Normandy on D-Day. The Russians are confident of a quick victory. A Finnish poet, an American volunteer ambulance driver, and contemporary journalists and soldiers on both sides of the conflict give accounts, many from war diaries translated into English for the first time.

Historians provide unique insight and perspective. Rare archive footage, enhanced by meticulous attention to historical detail in re-creating scenes, reveals the improvised Finnish defense with Molotov cocktails and crowbars and a unique female corps called Lotta Svard. Outnumbered and outgunned, Finns knew the war was not about territory; it was a total war for their very existence as a people, and as temperatures descend to 50 below zero, their mastery of winter becomes a strategic advantage.

Title
The Winter War of Finland and Russia
Description

In November 1939, when Finland was invaded by the Soviet Union, no one expected that this tiny nation could resist.