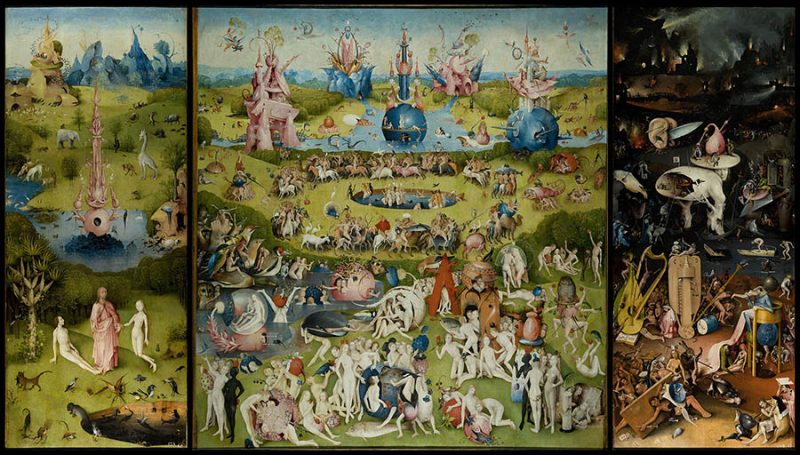 An artist with an exuberant imagination, a painter of the most extraordinay gardens and terrifying hells, a respected public figures of ‘s-Hertogenbosch, and a man of faith – Hieronymus Bosch is certainly the most fascinating and mysterious artist of the Renaissance.

This film sheds light on this forerunner of Surrealism and on his approach. The paintings are brought to life, to help us decipher the symbols and place them in the context of the time, based on the most recent historical research.

Hieronymus Bosch – born Jheronimus van Aken; c. 1450 – 9 August 1516 was a Dutch/Netherlandish draughtsman and painter from Brabant. He is widely considered one of the most notable representatives of Early Netherlandish painting school. His work is known for its fantastic illustrations of religious concepts and narratives. Within his lifetime his work was collected in the Netherlands, Austria, and Spain, and widely copied, especially his macabre and nightmarish depictions of hell.

Little is known of Bosch’s life, though there are some records. He spent most of it in the town of ‘s-Hertogenbosch, where he was born in his grandfather’s house. The roots of his forefathers are in Nijmegen and Aachen (which is visible in his surname: Van Aken). His pessimistic and fantastical style cast a wide influence on northern art of the 16th century, with Pieter Bruegel the Elder being his best-known follower.

Today he is seen as a hugely individualistic painter with deep insight into humanity’s desires and deepest fears. Attribution has been especially difficult; today only about 25 paintings are confidently given to his hand along with 8 drawings. Approximately another half dozen paintings are confidently attributed to his workshop. His most acclaimed works consist of a few triptych altarpieces, including The Garden of Earthly Delights.

Hieronymus Bosch is certainly the most fascinating and mysterious artist of the Renaissance.