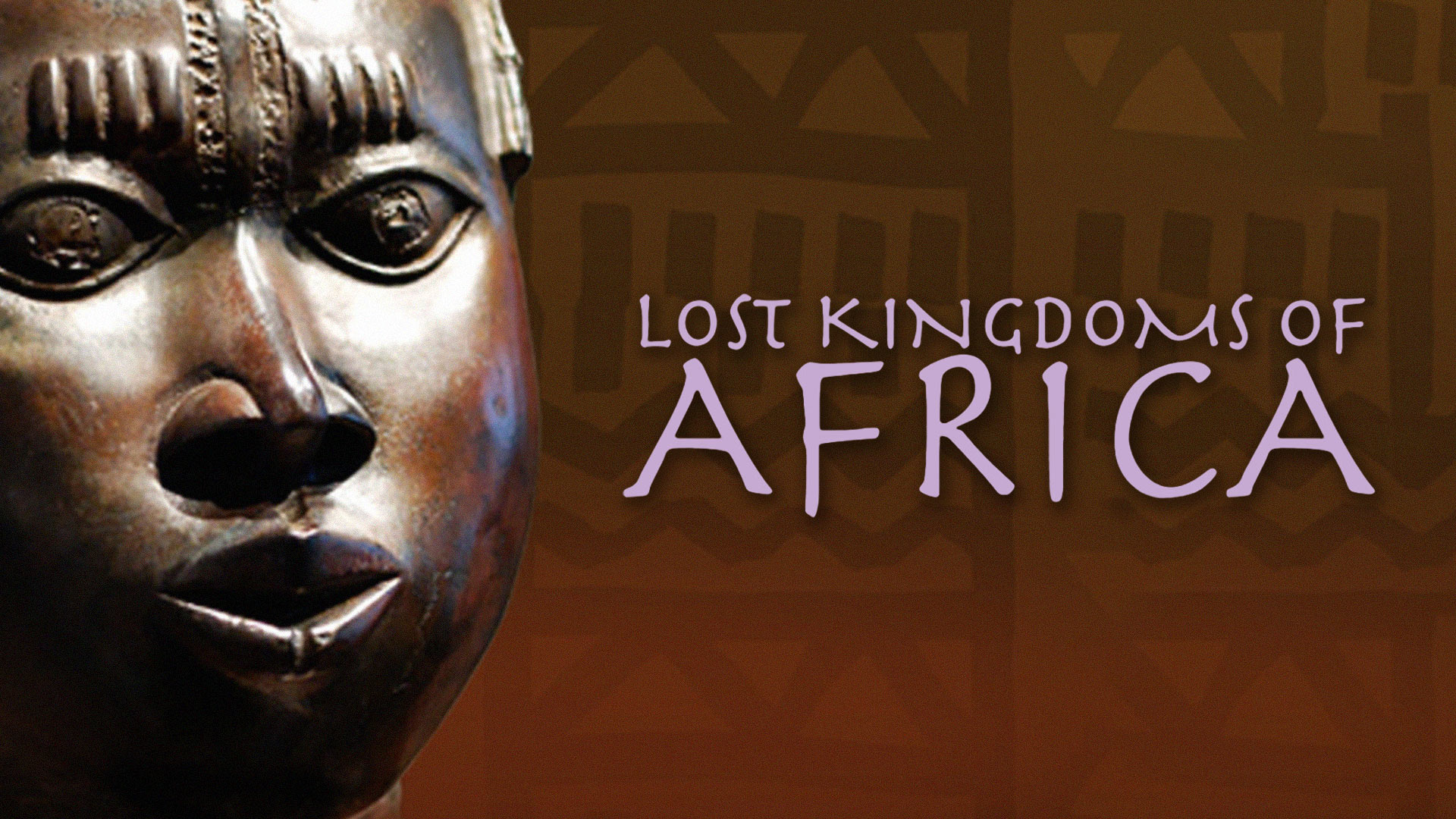 Lost Kingdoms of Africa episode 4 – West Africa: Gus Casely-Hayford travels to Nigeria and Mali to explore the story behind a series of magnificent 16th-century bronzes made in the ancient kingdom of Benin. Four-part series in which British art historian Dr Gus Casely-Hayford explores the pre-colonial history of some of Africa’s most important kingdoms. The African continent is home to nearly a billion people. It has an incredible diversity of communities and cultures, yet we know less of its history than almost anywhere else on earth.

But that is beginning to change. In the last few decades researchers and archaeologists have begun to uncover a range of histories as impressive and extraordinary as anywhere else in the world. The series reveals that Africa’s stories are preserved for us in its treasures, statues and ancient buildings – in the culture, art and legends of the people.

When magnificent 16th-century bronze casts were discovered in the kingdom of Benin in 1897, many could not believe they had been made by Africans. It was thought West Africa lacked the technical development required to make them. Dr Casely-Hayford travels to present-day Nigeria and Mali in search of the truth, exploring what the bronzes mean, how the technology to make them developed, and what it reveals about the lost kingdoms of West Africa.

The Kingdom of Benin (also known as the Edo Kingdom, or the Benin Empire) was a kingdom in what is now in southwestern Nigeria. It has no historical relation to the modern republic of Benin, which was historically known as Dahomey from the 17th century until 1975. The Kingdom of Benin’s capital was Edo, now known as Benin City in Edo state, Nigeria. The Benin Kingdom was “one of the oldest and most developed states in the coastal hinterland of West Africa”. It was formed out of the previous Edo Kingdom of Igodomigodo around the 11th century AD,[2] and lasted until it was annexed by the British Empire in 1897.

The original people and founders of the Benin Kingdom, the Edo people, were initially ruled by the Ogiso (Kings of the Sky) who called their land Igodomigodo. The first Ogiso (Ogiso Igodo), wielded much influence and gained popularity as a good ruler. He died after a long reign and was succeeded by Ere, his eldest son. In the 12th century, a great palace intrigue erupted and crown prince Ekaladerhan, the only son of the last Ogiso, was sentenced to death as a result of the first queen (who was barren) deliberately changing an oracle’s message to the Ogiso.[3] In carrying out the royal order that he be killed, the palace messengers had mercy and set the prince free at Ughoton near Benin. When his father the Ogiso died, the Ogiso dynasty officially ended. The people and royal kingmakers preferred their late king’s son as the next to rule.[4]

West Africa or Western Africa is the westernmost region of Africa. The United Nations defines Western Africa as the 16 countries of Benin, Burkina Faso, Cape Verde, The Gambia, Ghana, Guinea, Guinea-Bissau, Ivory Coast, Liberia, Mali, Mauritania, Niger, Nigeria, Senegal, Sierra Leone, and Togo as well as Saint Helena, Ascension and Tristan da Cunha. The population of West Africa is estimated at about 381 million people as of 2018, and at 381,981,000 as of 2017, of which 189,672,000 are female and 192,309,000 male. The region is demographically and economically one of the fastest growing on the African continent.

Early history in West Africa included a number of prominent regional powers, that dominated different parts of both the coast and internal trade networks, such as the Mali and Gao Empires. West Africa sat the intersection of trade routes between Arab-dominated North Africa and specialized goods from further south on the continent, including gold, advanced iron-working, and products like ivory. After European exploration encountered a rich local economies and kingdoms, the European slave trade exploited previous slave systems to provide labor for colonies in the Americas.

After the end of the slave trade in the early 19th century, Europeans, especially France and Britain, continued to exploit the region through colonial relationships—exporting a number of extractive goods, including labor intensive agricultural crops like cocoa and coffee, forestry products like tropical timber, and minerals like gold. Since independence, many of the West African countries, like Ivory Coast, Ghana, Nigeria and Senegal, play important roles in the regional and global economies.