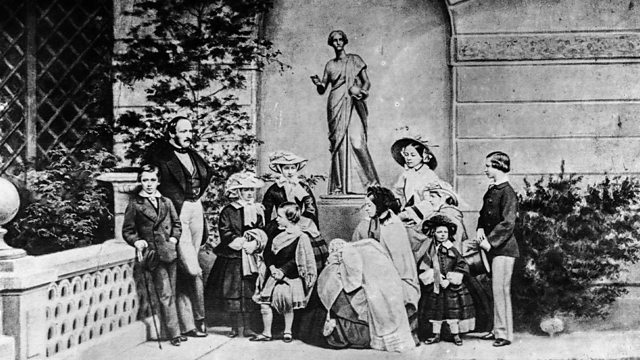 It also examines her relationship with her son Leopold, the physically weak but spirited haemophiliac who put up the most determined effort to break free from his mother’s control. Ultimately, the idea of monarchy based on purity is put to the test as the philandering Bertie comes to the throne.

Queen Victoria and Prince Albert shared a passionate marriage. Behind closed doors, royal domestic life often seemed like a battlefield.In a 60-year family saga, this three-part series explores the reign of Victoria through her personal relationships with her husband and her nine children. It is a story of manipulation, conflict, intimidation, emotional blackmail, and fevered attempts by her children to escape the clutches of their domineering and needy mother.

The series uses a wealth of written material and photos left by Victoria, Albert and their children, including letters, diaries, memoirs and journals, to bring the subject and characters to life.

Victoria was Queen of the United Kingdom of Great Britain and Ireland from 20 June 1837 until her death. Known as the Victorian era, her reign of 63 years and seven months was longer than that of any of her predecessors. It was a period of industrial, political, scientific, and military change within the United Kingdom, and was marked by a great expansion of the British Empire. In 1876, Parliament voted her the additional title of Empress of India.

Victoria was the daughter of Prince Edward, Duke of Kent and Strathearn (the fourth son of King George III), and Princess Victoria of Saxe-Coburg-Saalfeld. After both the Duke and his father died in 1820, she was raised under close supervision by her mother and her comptroller, John Conroy. She inherited the throne aged 18 after her father’s three elder brothers died without surviving legitimate issue. Though a constitutional monarch, privately, Victoria attempted to influence government policy and ministerial appointments; publicly, she became a national icon who was identified with strict standards of personal morality.

Victoria married her first cousin Prince Albert of Saxe-Coburg and Gotha in 1840. Their children married into royal and noble families across the continent, earning Victoria the sobriquet “the grandmother of Europe” and spreading haemophilia in European royalty. After Albert’s death in 1861, Victoria plunged into deep mourning and avoided public appearances. As a result of her seclusion, republicanism in the United Kingdom temporarily gained strength, but in the latter half of her reign, her popularity recovered. Her Golden and Diamond Jubilees were times of public celebration. She died on the Isle of Wight in 1901. The last British monarch of the House of Hanover, she was succeeded by her son Edward VII of the House of Saxe-Coburg and Gotha.