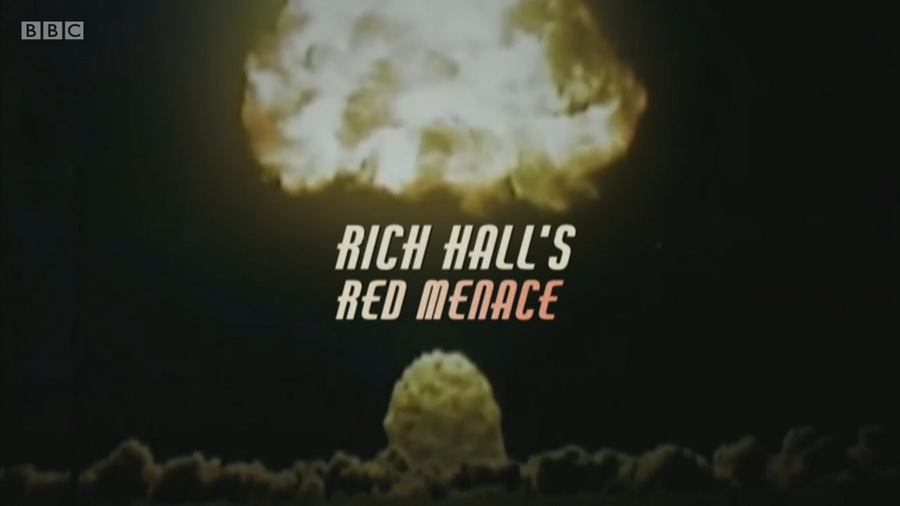 Rich Hall’s Red Menace: 2019 marks the 30th year since the fall of the Berlin Wall and, ostensibly, the end of the Cold War. In light of this, Rich Hall embarks on an examination of the relationship between the West and the East, America and the Union of Soviet Socialist Republics.

In his unique way, Rich looks at the propaganda, ignorance, fear and secrecy, and the natural offspring of these, paranoia, and considers how a 40-year stand-off between the superpowers brought the US and Russia to the verge of nuclear war.

The documentary does not look at the Cold War from an American perspective alone. Rich Hall also delves into the psyche of those living in the Soviet Union, of those who took part in the machinations, plots and conspiracies, and of ordinary citizens who, like Rich, lived through this most tense of times.

The Cold War and America’s obsession with communism and the Soviet Union isn’t just about the race to produce the atom bomb and conquer space. It’s about spying, political scheming and the fear of communism in Hollywood, in literature and on television. It was science fiction. It went from the absurd to the ridiculous. The Cold War even created incredible sporting drama. Rich uses the bizarre, the extraordinary and previously untold stories to give us his take on the Cold War and America’s hysterical preoccupation with the ‘Red Menace’.

The Cold War was a period of geopolitical tension between the Soviet Union with its satellite states, and the United States with its allies after World War II. The historiography of the conflict began between 1946 and 1947. The Cold War began to de-escalate after the Revolutions of 1989.

The collapse of the USSR in 1991 (when the proto-state Republics of the Soviet Union declared independence) was the end of the Cold War. The term “cold” is used because there was no large-scale fighting directly between the two sides, but they each supported major regional conflicts known as proxy wars. The conflict split the temporary wartime alliance against Nazi Germany and its allies, leaving the USSR and the US as two superpowers with profound economic and political differences.

Rich Hall's Red Menace: 2019 marks the 30th year since the fall of the Berlin Wall and, ostensibly, the end of the Cold War.