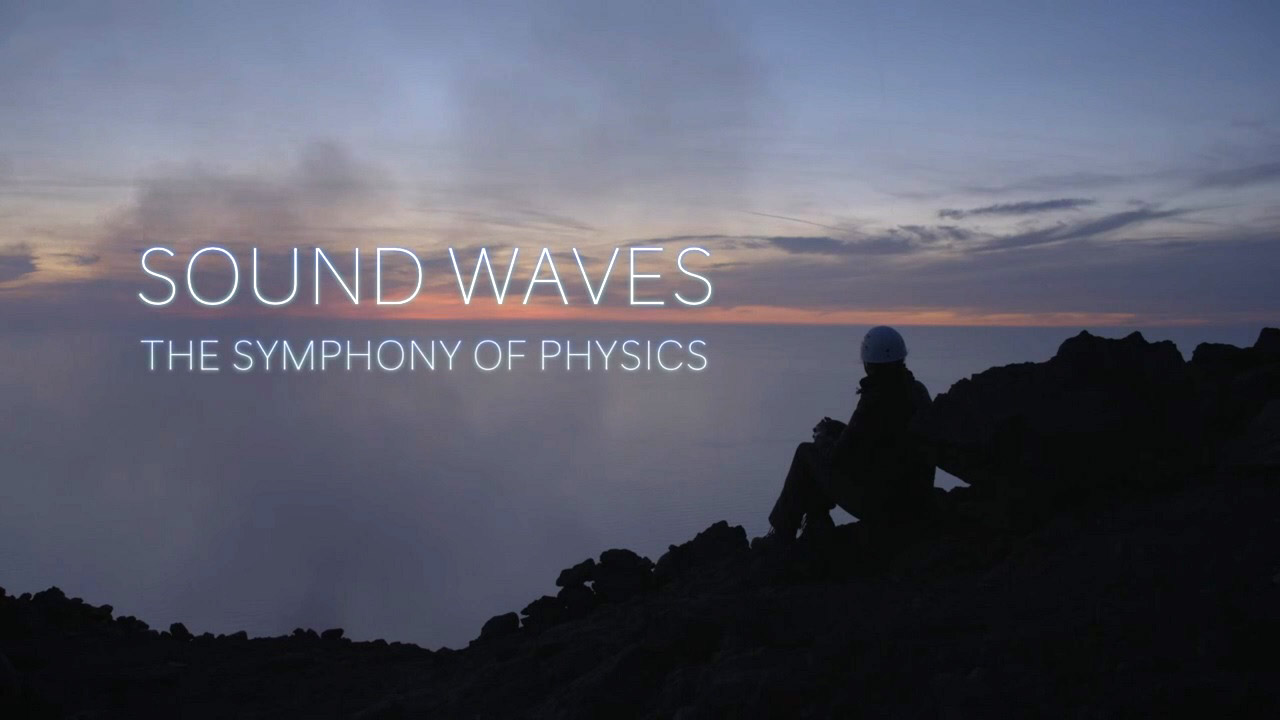 Sound Waves – The Symphony of Physics – Using Sound episode 2: Dr Helen Czerski examines the extraordinary messages sound waves carry and how they help us understand the world around us.

Visiting a hidden location buried beneath the hills of Scotland, Helen experiences some of the most extreme acoustics in the world. Here she learns just how much information can be carried by sound. She discovers how sound has driven the evolution of truly incredible biological systems and complex relationships between creatures that exploit sound for hunting – and escaping from predators. Helen demonstrates how sound waves diffract (bend around objects) and in doing so help us sense danger and locate it.

Through the story of a cochlea implant patient Helen explores the complicated way our ears can translate sound waves – a physical vibration in the air – into an electrical signal our brain can understand.

Helen explains how we are not limited to passively detecting sound waves, we can also use them to actively probe the world. From detecting submarines to uncovering the secrets of our planet, sound waves are instrumental in revealing things hidden from the world of light. On the cold North Sea, Helen investigates how marine archaeologists are using sound waves to uncover the remarkable human stories buried beneath the sea. Yet we are not limited to using sound waves here on Earth, as Helen explains how sound has been used to better understand distant, alien worlds in the outer solar system.

In physics, sound is a vibration that propagates as an acoustic wave, through a transmission medium such as a gas, liquid or solid.

In human physiology and psychology, sound is the reception of such waves and their perception by the brain. Only acoustic waves that have frequencies lying between about 20 Hz and 20 kHz, the audio frequency range, elicit an auditory percept in humans. In air at atmospheric pressure, these represent sound waves with wavelengths of 17 meters (56 ft) to 1.7 centimetres (0.67 in). Sound waves above 20 kHz are known as ultrasound and are not audible to humans. Sound waves below 20 Hz are known as infrasound. Different animal species have varying hearing ranges.

Sound can propagate through a medium such as air, water and solids as longitudinal waves and also as a transverse wave in solids (see Longitudinal and transverse waves, below). The sound waves are generated by a sound source, such as the vibrating diaphragm of a stereo speaker. The sound source creates vibrations in the surrounding medium. As the source continues to vibrate the medium, the vibrations propagate away from the source at the speed of sound, thus forming the sound wave.

At a fixed distance from the source, the pressure, velocity, and displacement of the medium vary in time. At an instant in time, the pressure, velocity, and displacement vary in space. Note that the particles of the medium do not travel with the sound wave. This is intuitively obvious for a solid, and the same is true for liquids and gases (that is, the vibrations of particles in the gas or liquid transport the vibrations, while the average position of the particles over time does not change). During propagation, waves can be reflected, refracted, or attenuated by the medium.

The Symphony of Physics: Dr Czerski examines the messages sound waves carry and how they help us understand the world around us.