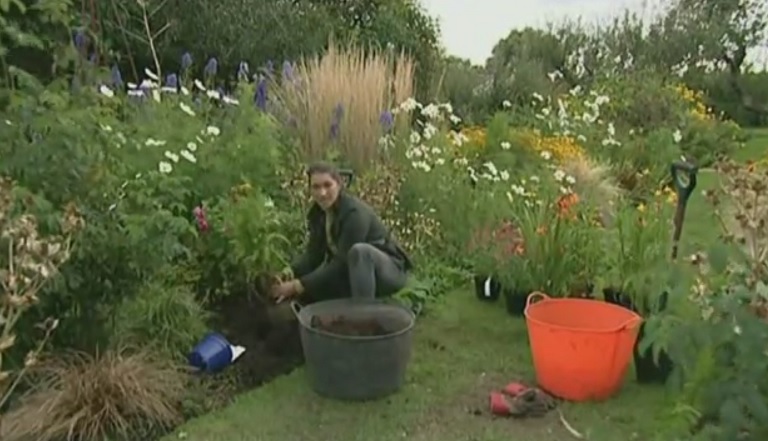 The A to Z of TV Gardening - Letter P

The A to Z of TV Gardening – Letter P: Carol Kirkwood takes an alphabetical journey through the world of gardening, getting inspiration and advice from some of the BBC’s most popular garden presenters and programmes.

In this episode, she is exploring subjects that all begin with the letter P: Poppies, Perennials, Pumpkins, Ponds

The A to Z of TV Gardening – Letter P

A poppy is a flowering plant in the subfamily Papaveroideae of the family Papaveraceae. Poppies are herbaceous plants, often grown for their colourful flowers. One species of poppy, Papaver somniferum, is the source of the narcotic drug opium which contains powerful medicinal alkaloids such as morphine and has been used since ancient times as an analgesic and narcotic medicinal and recreational drug. It also produces edible seeds. Following the trench warfare in the poppy fields of Flanders, Belgium during World War I, poppies have become a symbol of remembrance of soldiers who have died during wartime.

A perennial plant or simply perennial is a plant that lives more than two years. Some sources cite perennial plants being plants that live more than three years. The term (per- + -ennial, “through the years”) is often used to differentiate a plant from shorter-lived annuals and biennials. The term is also widely used to distinguish plants with little or no woody growth from trees and shrubs, which are also technically perennials.

Perennials—especially small flowering plants—that grow and bloom over the spring and summer, die back every autumn and winter, and then return in the spring from their rootstock, are known as herbaceous perennials. However, depending on the rigors of local climate, a plant that is a perennial in its native habitat, or in a milder garden, may be treated by a gardener as an annual and planted out every year, from seed, from cuttings or from divisions. Tomato vines, for example, live several years in their natural tropical/subtropical habitat but are grown as annuals in temperate regions because they don’t survive the winter.

A pumpkin is a cultivar of winter squash that is round with smooth, slightly ribbed skin, and most often deep yellow to orange in coloration. The thick shell contains the seeds and pulp. The name is most commonly used for cultivars of Cucurbita pepo, but some cultivars of Cucurbita maxima, C. argyrosperma, and C. moschata with similar appearance are also sometimes called “pumpkin”.

Native to North America (northeastern Mexico and the southern United States), pumpkins are one of the oldest domesticated plants, having been used as early as 7,500 to 5,000 BC. Pumpkins are widely grown for commercial use and are used both for food and recreation. Pumpkin pie, for instance, is a traditional part of Thanksgiving meals in Canada and the United States, and pumpkins are frequently carved as jack-o’-lanterns for decoration around Halloween, although commercially canned pumpkin purée and pumpkin pie fillings are usually made from different kinds of winter squash than the ones used for jack-o’-lanterns.

Title
The A to Z of TV Gardening - Letter P
Description

The A to Z of TV Gardening - Letter P: Carol Kirkwood takes an alphabetical journey through the world of gardening, getting inspiration and advice